Are you looking for information about Alaska automobile tint laws? This article will walk you through Alaska’s window tinting law. It will cover the key numbers you need to know when installing window tint as well as in-depth coverage on the law.

Attention: we always advise you to turn to your local authorities last, in order to ensure that the information you have reflects the laws enforced in your specific area! 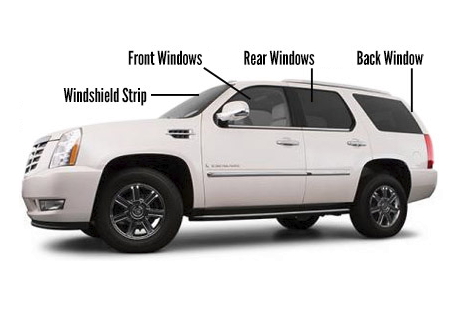 Tint For Windows Car in Alaska

The code also provides that in order to be cited for having illegal window tinting, the light transmittance must be measured using measuring device, the accuracy of which has been certified by the manufacturer.  As in other states, tinting measured at plus or minus 3% of the allowed light transmission is considered legal. So for example, if your rear windshield only allows 37% of the light through, instead of the required 40%, you will not be cited for a violation.

Alaska window tinting law also provides that the windows may have tinting that permits less light through if the driver or a frequent passenger has a medical condition which requires them to be shielded from the direct rays of the sun, so long as the person keeps an annual certification by a physical licensed in Alaska in the vehicle.

A tinted rear window is exempt from the statute, if the owner of the vehicle has proof that the tinting was installed before July 1, 1994 and the vehicle is equipped with both driver and passenger-side rearview mirrors.

Window tinting in Alaska must be green, gray, bronze, or neutral smoke in color or a sun reflective auto film.