I’ve always been a big fan of having both summer and winter wheels for a car.  One narrow set with winter tires for driving in cold weather, and another wide set for spirited driving in the summer.

My tires were badly worn down and were only 15×7, meaning the widest tires I could realistically put on it were 205/50-15… not a very effective contact patch for the winding roads of Western Massachusetts. 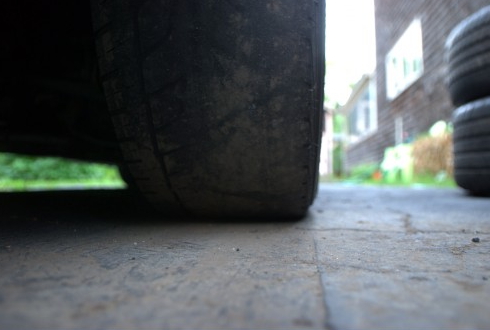 Because the tires were worn on the outside more than the inside (shown above), I thought I had a positive camber condition (meaning the tops of the wheels are farther apart than the bottoms of the wheels) but it turns out that the rear trailing arms (which control which direction the rear wheels point) had completely shot bushings, and were causing the car to handle oddly as well as wearing the tires down extremely quickly. 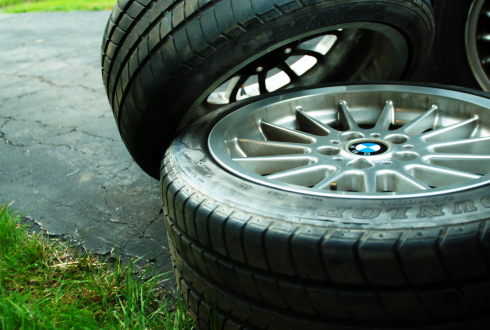 I replaced them with wider, meatier wheels off a BMW z3, increasing dimensions to 17×7.5 in the front and 17×8.5 in the rear for the price of $300.  The 15×7 wheels will be great for the winter, as they’re just the right size to get the cold-weather tread down to the ground without “skiing” on top of snow and ice.

Overall, the car feels much more stable and planted now, and although larger wheels weigh more and slow the car down in every way possible, I think it was a great way to spend $300.  Now I just need to get some fresh tires on these wheels, replace the trailing arm bushings, and lower the front end a little, and this car will be ready for anything.

More about the Wheels

Create your own review