Classic Japanese cars are getting a lot of attention as of late. I use the term “classic” loosely, as most people would look at a 70’s corolla and say “what an ugly econobox”. That’s okay in my book, because people said the same thing about many of the 50’s and 60’s American cars we now adore as classics.

There’s little argument that most famous of all classic Japanese cars is the Nissan 240Z. When the 240Z hit showrooms it not only changed the way people saw Japanese cars, but it revolutionized the way the Japanese saw themselves, and that is kind of a big deal. Here was a car that was not only affordable, but looked great, had enough power to be a hoot, and amazingly started raking in the trophies at the track.

A little while ago I had the distinct pleasure of visiting with a Datsun Z-Rodder who got into the “Z Car” long before the recent trends. Tim McGovern has had a vintage Z in daily driver status nearing 20 years, and not only has he built some amazing stuff, but also has some big plans.

Tim kept apologizing for the “mediocre” status of his driven daily 280Z. I would just laugh as I just sat back and enjoyed the drive.

There’s just simply nothing like the burble and scream of triple Mikuni’s and being in a Z. And there’s also nothing quite like those body lines that, though certainly 70’s have such a timeless shape that’s hard not to like. The paint is what could be described as a “20/20” job, in other words it looks great from 20 feet at 20 mph. The interior is pretty much stock, and actually all there. As I looked around the inside the only word that came to mind was homely. 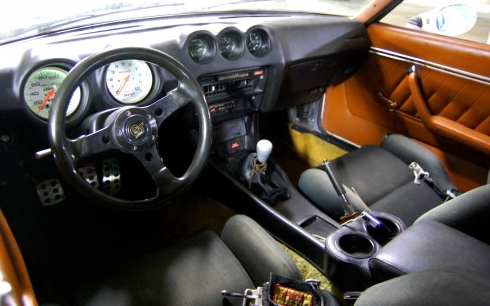 It might not look like much, but this 280Z saw daily driver use from ’94 through ’09. That’s 15 years of dedicated service to it’s loving owner. In that time most Americans probably went though two, three, or maybe even four much newer and much more expensive cars. Food for thought…

It should also be noted that this car is rock solid when it comes to being a “driver”. If this car sees downtime it’s because Tim is choosing to change/work on something. Even though it’s carbureted  it starts as readily as a brand new car. There’s no uncertainty about the suspension. There’s no scary jerry-rigging that would scare MacGyver.

The truth is in the details

Why? This beast gets driven. Beaten. Every nook and cranny has signs of wear. But it’s simultaneously loved and cared for. This is a very rare combination. Another big help is that Tim knows his stuff when it comes to engine building that though he kept calling it “very mild” it would be anything but mild to most people’s standard. PLENTY of “get up” for something you drive to work every day. Under the hood she sports a stroker motor that’s put down 219 horsies to the wheels.

Combined with the triples the gas mileage became anything but stellar when he put this motor in the car in ’09, so he doesn’t see much daily use anymore. Pressing on the right-hand pedal though, it’s certainly capable. Oh, most certainly. 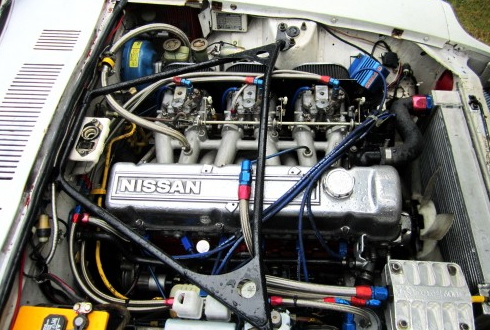 Plans for the future

Sometimes though, there’s just no such thing as “done” for some people. Tim also has a Z that’s a dedicated track car as well as another Z that’s going to be kind of professional resto-mod daily driver. Tim is currently working on a Z engine that’s turbocharged that should be putting out a healthy 350 HP or more to the wheels.

And to be clear, Tim isn’t using a modified modern engine like the 2JZ out of the famous Toyota Supra, which would make that kind of power much more readily, but is actually using the Z car “L engine”. Quite a feat for some redneck in his garage if you ask me. The nice thing about a turbocharged motor is that it’s “power on demand”, or dynamic power so to speak. Drive nicely and you’d never know the power was there, which really helps keep the gas in the tank. 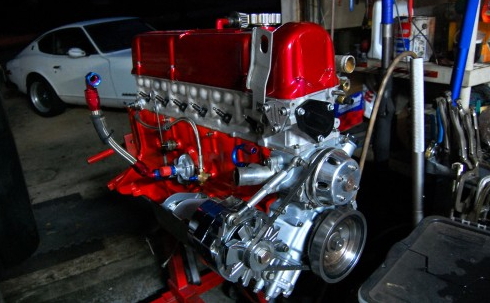 Meeting Tim was a pleasure, and an honor, but if there’s something I really should share about my experience it is something that often gets overlooked when it comes to the car hobby. Tim modified his Z to the point of not desiring to drive it every day. That doesn’t make him like it less, but it certainly puts a damper on things.

If you look at the direction Tim is going you can see he’s learning what really matters to him and how to go after it. As enthusiasts, we often overlook the value of a dedicated track car. We’re are often prey to escalation. One day 200 HP is enough, the next we’re shooting for 500. By having a dedicated race car Tim doesn’t have to be concerned about getting his speed kicks with a car he also drives to work. 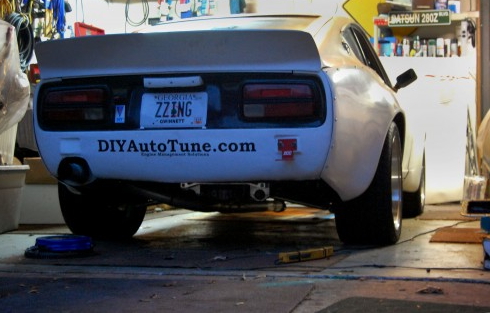 Oh, and check this out. Since the 280Z wasn’t getting great gas mileage he’s been daily driving this in the mean time. Cost him a whopping $567 to get it home and in running condition. He’s put a LOT of miles on it and it’s still ticking strong. In the words of the Georgian owner “she’s a good ol’ gal”. Couldn’t have said it any better myself.

More about The Classic Japanese Cars

Leave a reply to Jesse Click here to cancel the reply