Where Your Car Is Most Likely To Be Stolen

Capitol Tires Where Your Car Is Most Likely To Be Stolen

Choosing a residence is a nerve-wracking experience; getting your car jacked makes it worse. When scoping out any new town, it is important to take note of the crime rate, particularly if you plan on living there for longer than 30 minutes. The following cities tend to keep their owners much longer than their owners keep their automobiles.

Detroit giveth, and Detroit taketh away. 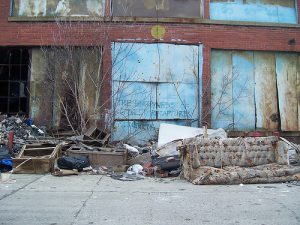 Detroit has always had a love affair with automobiles, as evidenced by the fact that they have the 12th highest auto theft rate in the nation. Although the bailouts taken by Chrysler and GM are not included in this statistic, it is safe to say that Detroit is a good place to get your car, but not a good place to drive it.

Mississippi has given the world many things, such as Brett Favre, Elvis Presley and a setting for most of Mark Twain’s novels. However, that may not make up for the fact that it has also taken many things. 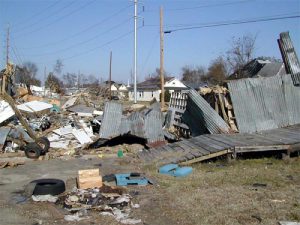 Maybe not the best neighborhood to park in.

Jackson saw 2,500 auto thefts, earning them a spot in the top 20 worst cities to own a car in America. While Mississippi itself is relatively safe (with only four other cities ranked on the list, ranging from 53rd to 247th), the state capitol is a hot bed for hot cars.

As the slogan goes, “What happens in Vegas, stays in Vegas.” From this, we can only conclude that many people’s cars happen in Vegas. 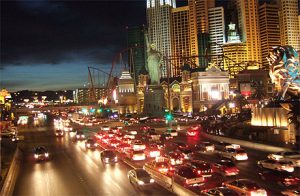 When Sin City isn’t sinning via sloth, gluttony, adultery, greed or horrible Elvis impersonations, it is busy stealing. Vegas is in the top ten worst cities for grand theft auto in the country. While it happens to be one of the only cities where people can win cars regularly, it still doesn’t make up for the number of cars stolen each year.

Bugs Bunny used to frequently say that he made a wrong turn in Albuquerque. What he left out was that as a result of that wrong turn, he got his wheels jacked. 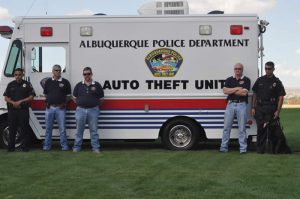 The name of the city actually hovers like that.

Whether there is nothing better to do in Albuquerque than steal cars, or whether it is simply easier to hotwire a ride than it would be to spell “Albuquerque” on a new vehicle registration, this is one town where it pays to have a garage.

Speaking of unassuming cities, the town of Yakima has the honor of being ranked 6th most likely city in which to have your car stolen. Ironic, since few people have ever heard of Yakima.

This 20 square-mile city of roughly 85,000 people saw an incredible 1,500 thefts. While that may not sound impressive when compared to Albuquerque’s 4,800, it is worth noting that Yakima is 1/10th the size and population. That means that while the New Mexico town it is ten times larger, it only saw three times as many thefts. That’s called bang for your buck, Yakima.

6. The Entire State of California

While it may sound unfair to lump an entire state in with a category reserved for cities, the statistics speak for themselves.

Of the ten cities with the highest auto theft rates in 2017, six of them were located in California. Modesto, Bakersfield, Stockton, Fresno, San Francisco/Oakland/Fremont and Visalia-Porterville all held top ten honors. 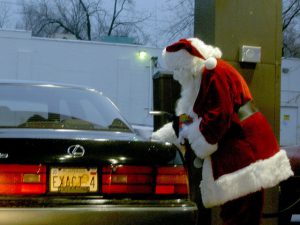 That’s unbelievable: it does not snow enough in CA for Santa!

Of the top 100 cities, California represented 20, meaning there is a on-in-five chance that any city taken at random from this list will be located in California. For those playing the odds, it’s best to steer clear of the Golden State altogether.

The number one city for automobile thefts, interestingly enough, was Laredo, Texas. 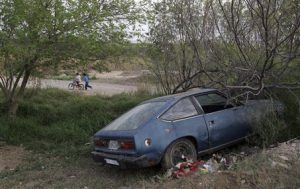 It is worth noting that Laredo is also the only city named after a car. While that may be purely coincidental, it would appear that the two feed each other, as more people per capita steal cars in Laredo than in any other city.

What is most interesting about this list is the cities that are missing. Atlanta checks in at 45 on this list, while St. Louis and Chicago are 65th and 67th respectively. Perhaps what is even more interesting is the fact that there is only one city in the entire state of New York to crack the top 200, and that’s Buffalo.

While many people may think they know which cities pose the highest risk of auto theft, many people would be surprised. As a general rule, keeping your car locked up as often as possible, regardless of what city you’re in, will guarantee the highest rate of success against grand theft auto and keep your auto insurance rate low.

More about the auto insurance