When it comes to multi-function cars, the SUV isn’t the only versatile vehicle. Even with all their special features, they do very little in the realm of multi-purpose possibilities.

But check out these vehicles that do everything from swim to fly to advertise. 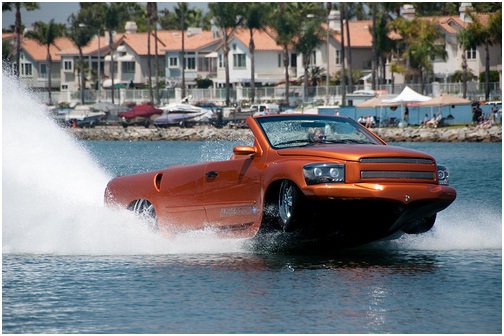 Taking your SUV waterskiing is now possible with the WaterCar. The perfect combination of boat and car, this amphibious car employs a lightweight composite and alloy body, much like a speed boat.

If you want to cruise at freeway speeds on your favorite lake, consider WaterCar’s Python. With an engine based on the aluminum LS Corvette, this sweet ride is able to hit 60 mph on the water. It can also do 0 to 60 in 4.5 seconds on the pavement. 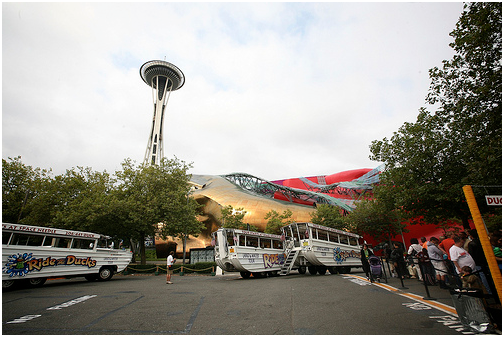 Amphibious cars are nothing new. In fact, the U.S. Army developed DUKW amphibious landing crafts for WWII. Designed to deliver cargo and troops from ship to shore, the Duck, as it became affectionately known, had a 220-mile range on land, and a 50-mile range on water. The Duck was invaluable during the war in evacuating troops and delivering emergency supplies. The vehicle served the Army through the Korean War and into the mid-1960s.

Many of us figured we’d have flying cars and robot armies (or at least jetpacks) by the start of the new millennium. In a sense, we do. Just very few of us can afford a flying car…yet.

Terrafugia is taking orders for its “roadable aircraft,” the Transition, which is more of a driving airplane than a flying car. The design is basically a light airplane capable of folding its wings so you may drive it on the road after landing. Now you won’t be stuck at the airport waiting for a cab; you can just drive your plane to the nearest hotel or a friend’s house. At about $279,000 each, it’s still cheaper to buy a luxury car and a small airplane – but who can put a price on convenience? 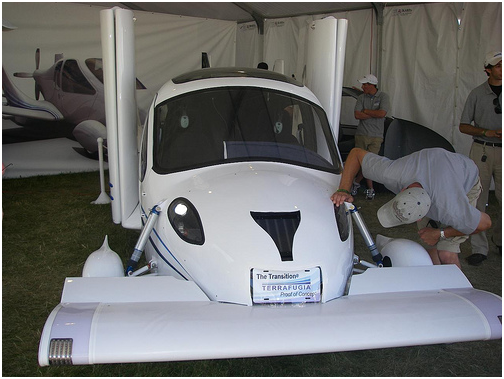 Currently under development by DARPA is the Transformer (TX). It’s a combination helicopter and Humvee designed for – you guessed it – military use. With blades that fold up and a hybrid electrical motor, this vehicle will truly be new-age.

The Swiss-designed Rinspeed sQuba took dual-purpose one step further as an autonomous driving car that can also go completely underwater to a depth of ten meters. 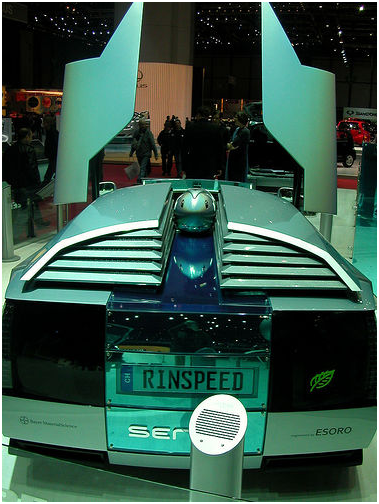 The sQuba is powered by three motors at the rear of the vehicle. One motor propels the car on land, while the other two power the screws that allow for underwater maneuvering. Despite the inclusion of three engines, the sQuba is extremely lightweight, allowing for both buoyancy underwater, and speed on land.

They can fly, they can swim – but can they walk? Well, this car can. AoKang built a two-seater electric car that is designed to look just like their main product: shoes. Made with real leather, it took the hides of five bulls to make this 10 x 3-foot car. Once laced up, it can travel at speeds up to 20 mph, and distances up to 250 miles. AoKang says it will make 40 more for its stores around China. 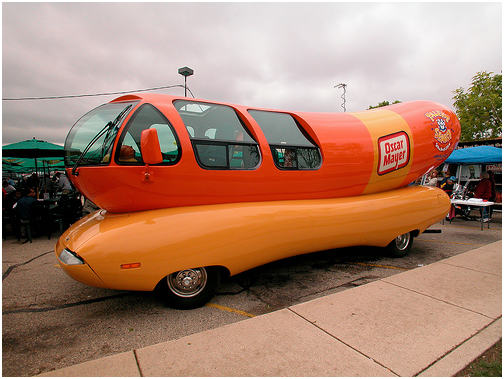 The world-famous Oscar Mayer Wienermobile still makes its rounds. In fact, you can follow it on Twitter (@Wienermobile). The Oscar Mayer website provides a map giving the current location of every member in the fleet of Wienermobiles. They may not fly or swim, but they sure know how to advertise.

We see hundreds of cars on the road every day, but there are so many other unique, incredible vehicles that exist. Some of them might not be affordable or practical, but at the very least, they show signs of what may lie in the future of automobile development.

More about the Multi-Purpose Vehicles