Best Vehicles for Each Country

Perhaps no vehicle is more synonymous with a country than the Mini is with the United Kingdom. Cute, reliable, practical – it isn’t a bad way to be thought of. But many countries have a vehicle on their roads which is synonymous with that country.

Visit that region, and you’re sure to see a few of the requisite vehicles without having to search. Let’s take a look at what countries are represented by what vehicle in 2017.

No vision of the endless plains of the Serengeti is complete without a four-wheel drive Safari Cruiser tooling along in the sun. After all, that’s how they get the cameras out there in the first place… 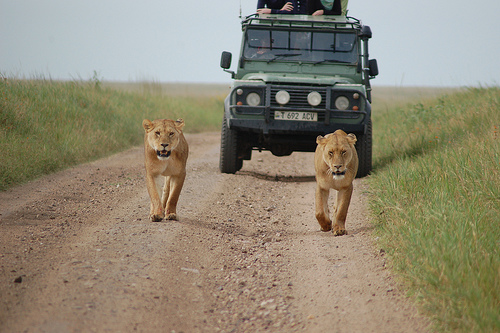 With its high ceiling, numerous seats (there are three rows of seats), large bumpers, elevated chassis to cover rough, road-less land without getting stuck, these tourist movers are the symbol of the plains. Tourists, you say? Yeah, there really aren’t that many people native to the Serengeti, after all. It’s populated by far more animals than people.

The Outback isn’t much different from the Serengeti, all told. Hot, dry, and appearing barren to the untrained eye – at least until the animals come into view – it too requires large vehicles that can hold plenty of fuel, people, and water! 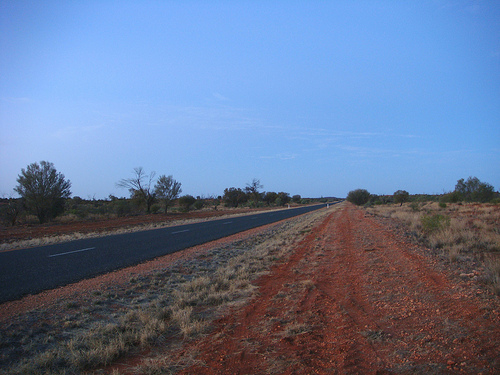 The Land Rover, a luxury four-wheel drive vehicle, has long been synonymous with this region. Because when one is in the enormous Outback, one roves, searching for water, shade, or adventure!

It’s a toss-up in Germany. The Smart car is prevalent, and still garners (slight) attention due to its eye-catching shape – tall, and extremely compact. They’re hard to miss as they speed on by. However, BMW and Mercedes have been manufactured in Germany for a long-time. 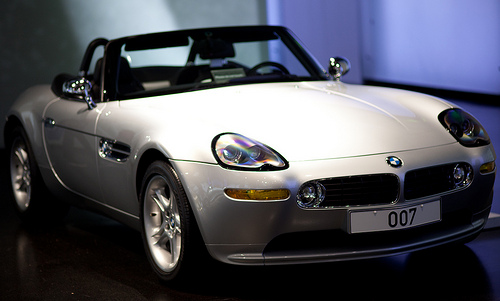 Both brands are famous for their luxurious vehicles, which have contributed to the economic stability of this powerhouse nation. Few vehicles made today symbolize economic success and power quite like either of these German auto brands. Maybe that’s why nearly one out of twenty vehicles on the road carries one of these two popular emblems.

The somewhat car and somewhat truck, El Camino, manufactured by Chevy, is a common sight in Mexico. It’s practical – it’s got a truck bed, after all – and is showy like a convertible. 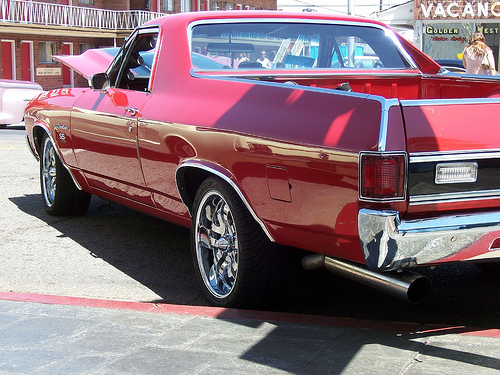 It appeals to those who seek some flash with their ride.

Soccer moms the country over can be credited with adopting this practical people mover, the minivan. Made popular by Chrysler, who was on the ropes staving off bankruptcy at the time, this sliding rear-door vehicle easily accommodated a swath of kids, their toys, book-bags, school and sports uniforms as well asmore family and friends. 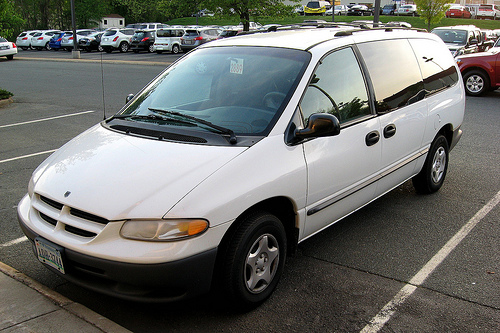 The performance and practicality of the minivan are all geared towards its ability to move many people in relative comfort at once.

With their long, cold and snowy winters, Canadians like to keep all four wheels on the road. The Subaru Outback does the job, offering excellent four-wheel drive traction in a high clearance car capable of riding high above the snow.

With its fold down rear seats, it’s practical for those active types who want to toss in a mountain bike or skis, too. Canada is a mountainous place, and this is a perfect vehicle to master the terrain.

No vehicle is more synonymous with Sweden than the Saab 900. Short bodied with a hatchback, the original model drew from the company’s roots in aviation. Because they’d been building planes, the engineers behind the original model managed to create a vehicle with the least drag coefficient of any production vehicle at the time.

Although future versions became more squared off, boxy, and less aerodynamic, they still retained a close approximation of the original design, with the rear window dropping smoothly along the vehicle line to the rear bumper.

Perhaps no vehicle is stuck in recent memory of Indian driving quite like the Tata Nano. As the cheapest, and among the newest production vehicles in the world, these cars are tiny. Tata has assured its place on the roads of India.

Unfortunately, that image has also been clouded by concerns over emissions, which will rise as more and more people can now afford these cheap wheels.

Each country has its own flavor, its own style, and its own most popular vehicle. Some nations seem to have an identity crisis – American minivans contrast heartily with Harley Davidson motorcycles, which are also wildly popular across the nation. But one thing is for certain, when you visit any of the above countries, you’ll notice the widespread adoption of each one’s popular vehicle!

More about the Best Vehicles