Preparations: Fuel systems are under pressure. It is necessary to relieve the fuel system pressure before beginning work on the fuel system. Relieving the pressure can be done by removing the fuel cap.

Disconnect the vehicles negative/ground cable at the battery and secure it so that it will not accidentally make a connection while replacing the fuel pump. 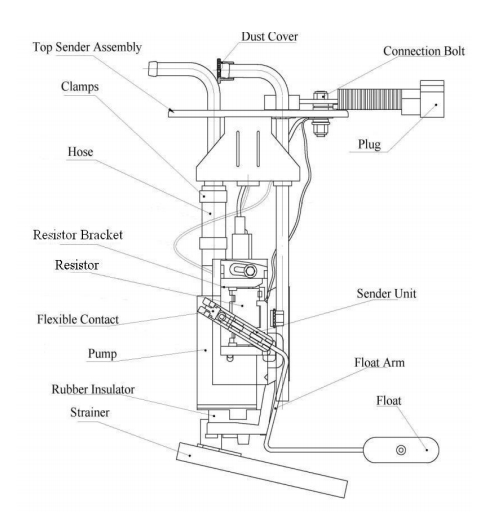 How to Install Electric Fuel Pump

Drain the gasoline from the vehicle’s fuel tank

ATTENTION: Because of physical size and weight of vehicle fuel tanks, it is necessary to obtain help when removing the fuel tank from the vehicle. Take extra precautions to avoid gasoline spillage during the removal process.

Replacement of the Pump

Should the Pump Fail to Operate

Be advised that this fuel pump will not correct other vehicle malfunctions of the fuel system.