People consider a variety of factors when choosing which car to buy — its features, its crash test rating, its price, etc. But appearance is also a major part of the decision-making process. In fact, according to a consumer survey done by PPG Industries, 77% of car buyers said color was a factor when they were choosing their next vehicle. So what does 2018 have in store for new colors, and what will be popular this coming year? Jane Harrington-Durst, the color styling manager from PPG Automotive OEM Coatings, shares her insight.

What’s Up and Coming

Based on vehicle build data, silver has been the most popular car from 2010 to 2017. However, a new color has taken the reins and propelled itself up the color popularity ladder. According to recent PPG data, white, not silver, is now the most popular car color. Even though white is the new front-runner, silver and black are right behind it in popularity.


Color Trends for Vehicles in the USA 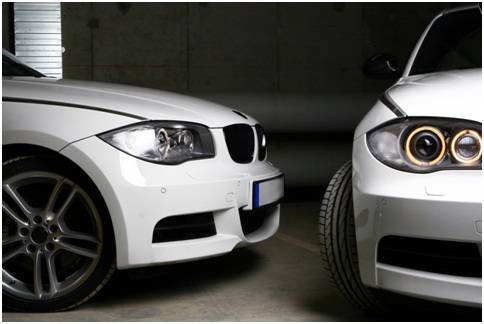 Because of silver’s history of being extremely popular among car buyers and white’s newly increased popularity, Harrington-Durst predicts one of these two colors will be the most popular this year. Even though these colors are the most commonly purchased, new colors are set to hit the scene, including more oranges, browns, and gold tones. While people might like these new vehicle colors, Harrington-Durst doesn’t think they’ll overtake the neutral colors in popularity during 2018.

Which Colors Dominate the Market

White might be the most popular car now, but all of the “core colors” — white, silver, grey, and black — are usually the most built and sold colors in the industry. Part of the reason might be that these core colors are offered on every vehicle segment (as opposed to bright pink, which probably won’t be available for every type of car). 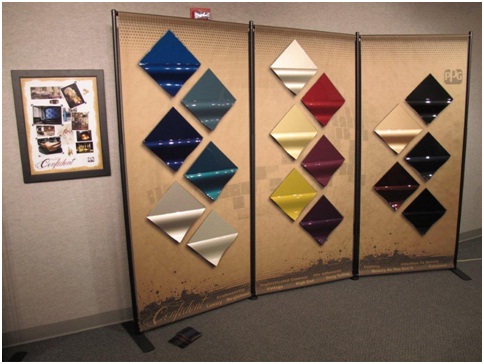 Certain types of vehicles can have their own color trends that differ from the general trends. For example, Harrington-Durst said orange and copper colors are popular for SUVs these days because the colors look really fresh on these new vehicle shapes. Another example is that within the luxury vehicle segment, black is typically the most common because it represents elegance.

Harrington-Durst said part of the reason why colors like silver, white, and black are so popular is because even if people are attracted to a brighter color like lime green, they’ll possibly reconsider when actually purchasing the car. Why? Because cars are huge investments, so they can end up being more conservative in their choices when it actually comes down to buying.

When PPG did a consumer survey this year, the response showed that the most popular car color was blue, which helps illustrate the possibility that people could be changing their minds about color as they go to actually make a car purchase. (Another possibility is that the color they desired wasn’t available.) Additionally, 40% of the responders said they wished there was more of a selection of car colors, and 31% said they would pay more to get a color that could express their personality.

Next time you see a car, think about all of the work that went into choosing the color. While the consumer has a big part to play, so do the auto companies. Keep your eyes open during 2018 and see what trends you spot.