The Car that Came from the Future — 1977 Lotus Esprit

That’s what the people believed back at the end of the ’70. When they used to glare at this “Silver Car” they were asking themselves “Where did this crazy contraption came from? ”.

The first time an Esprit prototype was unraveled was at the Paris motor show in 1975. After great demands from the public that wished to own on of these “contraptions”, mass production began in 1976. Thus the famous Lotus Esprit S1 series was born. 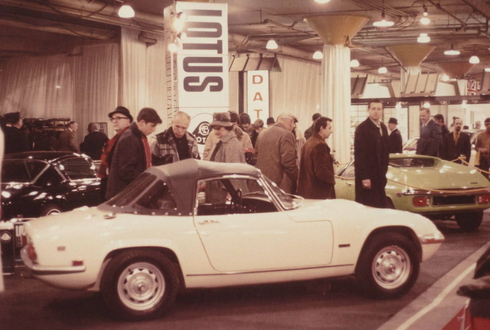 It was one of the first concept cars of the age which used fiberglass to construct the body, bringing on the market an unique and futuristic design that afterwards will be followed by many models (not only from Lotus) to come. The low angle of the hood, that seemed to create a sleek slope, the windshield that seemed to be an extension of the hood, the trunk slowly morphing and emerging from the backside of the car, made it look more like a Starwars spaceship than a car. In the design of the fiberglass body and the steel chassis Lotus integrated their creed in making cars “performance through light weight “ and it is because of this that such a big car weights less than 1000kg. In performance terms that meant that this Esprit, as experts would all claim, has the best steering performance of all the Esprit models.

From appearance it gave the impression that it was a very fast car but the reality was different. The Lotus type 907 engine didn’t have the kick that people would expect when it came in comparison with the other technologies integrated in this car. A mere 160 hp was not nearly enough to push this car to its design limits with a top speed of 214 km/h on the race track and an acceleration of 8 seconds on 0-100 km/h. 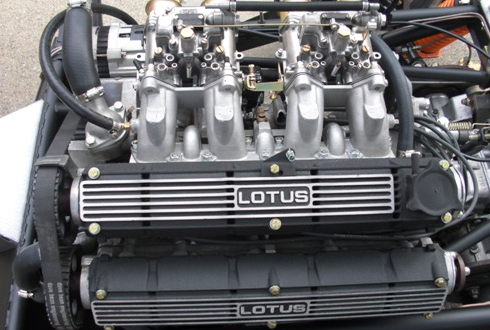 It sustained rigorous tests in wind tunnels to ensure the maximum aerodynamic efficiency, not much needed since the engine could only sustain a decent but not very impressive top speed. Its gearbox and transmission system is the same one as a Formula 1 car, giving it an impressively calibrated weight distribution.

The body kit was manufactured by the latest fiberglass technologies of the age, giving it the award “Don Safety Trophy”, the most prestigious safety award in Europe.

Another seemingly unimportant yet very interesting thing about it was the design of the headlights. They were retractable and were activated and deactivated electrically by the switch of a button. Nowadays it seems a minor adjustment but then, when on-board processors were just about as real as the Millennium Falcon, this little feat created a major impact on the public and it was only natural to think of it more as a spaceship than as a car and expected at any time to spur a couple of wings and a jet and fly into the horizon. 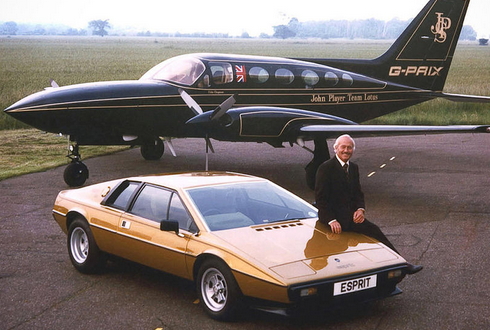 Naturally, because of the future design of the car, James Bond decided to take it for a spin, and MI 6 made it convert into a submarine as well in the famous 1977 “The Spy Who Loved Me” where it was featured in a long chase finishing with the car converting into a submarine. Mean looking, isn’t it?

More about the Lotus Esprit