Dealers of high-end automobile companies – Mercedes-Benz, Rolls Royce, Bentley, Ferrari, BMW, Aston-Martin, Cadillac – aim to develop long-term relationships with clients, not just to sell cars to disposable customers. The smart car dealer knows wealthy people do not make decisions primarily on price. Rather, well-heeled buyers respond best to being catered to and spoiled a bit (or a lot).

If you are looking to spend $100,000 or more for some new wheels, and want the royal treatment while shopping, then this article will get you off to a good start. (And if you can only afford to daydream about a luxury ride, we’re pretty sure you’ll enjoy this article, too.)

DISTINCTION: Sells more Mercedes-Benz cars than anyone else in the U.S. 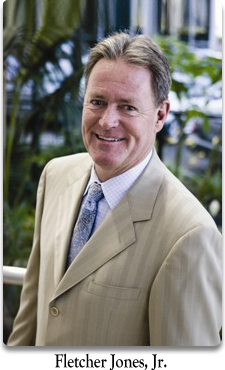 When your name and face are on the storefront, you need to deliver on your promises.

The Jones family has been in the auto business for over 60 years. Fletcher Jones, Sr. founded his first dealership in 1946. It became one of the world’s biggest and most respected automotive groups, with 17 dealerships in four states.

Its flagship store, Fletcher Jones Motorcars, sells Mercedes-Benz automobiles in the Orange County city of Newport Beach. Suffice it to say that all this experience translates into a truly regal buying experience.

The dealership’s employees have learned that there are many ways to spoil a car buyer. Fletcher Jones Motorcars’ sales professionals are experts on the cars and their capabilities, answering all questions clearly and completely, demonstrating all features, delivering new cars to buyers’ homes – and even programming their cell phones and garage door openers. Being treated this well always feels luxurious. 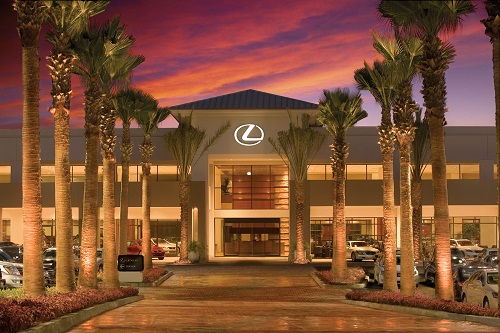 It’s an imposing structure from any angle.

With a 40,000 square-foot showroom, multi-story parking garage, and 75,000 square-foot service department, the Lexus location has plenty of room for cars – as well as amenities for wealthy buyers.

Its imposing architecture makes the Lexus dealership look like a modern palace or resort; you could be forgiven for thinking you’re in one when you see the manicured palms and tropical flora, outdoor barbeque and putting green. Inside, there are numerous lounges and dozens of plasma screen TVs, an executive office suite with wireless Internet, a Wolfgang Puck cafe, and a Tommy Bahama boutique. 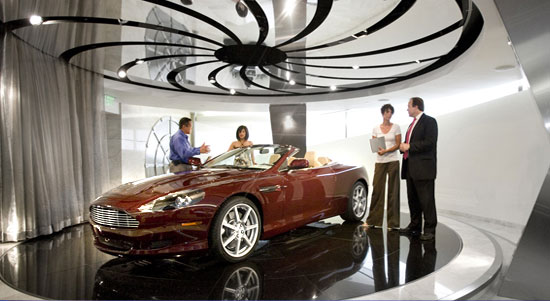 Aston-Martin, a British marque, is not as well known in the U.S. as other elite cars, so only 900 or so models are imported each year.

Club Aston is Aston-Martin’s new concept for showroom layout, customer service, and marketing of the handmade, exotic British cars. Club Aston room at Galpin Aston-Martin has a strong circular motif, a lounge area with TV and Wi-Fi, and a bar at which buyers can enjoy beverages while perusing color samples for the car body and the leather interior.

Inasmuch as the Aston-Martin DB5 was James Bond’s car of choice, Galpin built a few spy-styled features in their multimillion-dollar showroom. After passing through a secret door, buyers ascend a flight of stairs to the second-story sales floor. Following the sale, the buyer will wait about three months for delivery of their handcrafted, personally-tailored Aston-Martin.

Aston-Martin buyers become Club Aston members for life, and carry an All Access Card, good at any of the marquee’s dealerships around the world. Galpin’s clientele can use its Club Aston to throw a “car delivery party.” Their new car is on a large turntable behind a screen, and is slowly unveiled as a lively colored-light show ratchets up the excitement.

Royal treatment means more than just creature comforts. Even when elite dealerships offer cappuccinos and massages, they still rely on their sales pros to develop relationships with prospective buyers, and convert them to lifelong clients. Club Aston is a smart way to cater to the buyers’ tastes – and egos.

DISTINCTION: It’s inside a world-class resort that specializes in spoiling people 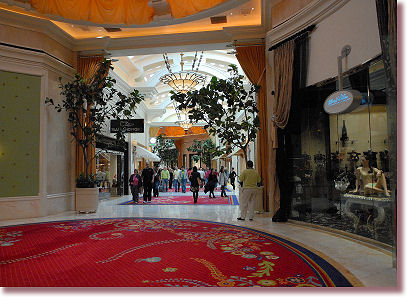 The Esplanade in the Wynn Las Vegas: If they
don’t have it, you probably don’t need it.

The auto showroom is actually one of the top tourist attractions in Las Vegas, with thousands of daily visitors paying $10 to get in – and only 35 at a time, too, so they move through pretty quickly. As part of the resort complex, the dealership can treat wealthy buyers to all the comforts of a world-class hotel, from the showroom to the spa.

Wynn Las Vegas is on the “Top U.S. Hotel” list maintained by the Zagat Survey, and serious (vetted) buyers are treated to any number of its amenities – world-class food, superstar entertainment, luxury goods, saunas, and Swedish massages – by Penske-Wynn sales pros. They know how to treat people well – and are in a building whose entire staff is dedicated to doing the same thing. 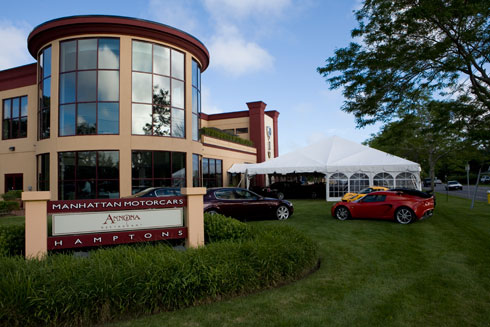 Manhattan Motorcars Hamptons is the second location for Manhattan Motorcars, referred to by local media as an “auto art gallery,” with its array of Bentleys, Lamborghinis, Ferraris, and Rolls-Royces. With price tags solidly into six figures (sometimes seven), this is a dealership as exclusive as the real estate surrounding it.

In addition to the usual perks that wealthy buyers expect – eating gourmet treats, watching a movie on an iPad, and all the rest – there’s a very special feature to the dealership that makes it quite appealing.

Upstairs from Manhattan Motorcars Hamptons is an elegant, upscale restaurant called Annona. The cuisine is Italian modern, prepared by upcoming super-chefs Brian Leth and Daniel Ross-Leutwyler. Annona is considered among the very best places to dine in the region. One can be pampered in a lot of ways, but shopping for Ferraris with a plate of perfect pasta is hard to beat.

There’s an old saying about the wealthy – they’re like everybody else, they just have a lot more money. That’s not the entire truth, of course. People “to the manor born” grow up around the finer things in life, and know them intimately.

Still, everyone likes to be pampered, spoiled, served hand and foot, and treated like royalty. Unless you really are royalty – whose numbers are on the wane around the world – you have to be the next best thing (very rich) to receive that first-rate treatment.

Among the signature possessions of the elite are exotic, expensive cars which are even more expensive to insure. To make the six- or seven-figure sales, dealerships are willing to spoil anyone who can afford them.