There’s nothing like the open road. The wind rustles your hair as the sun shines on your trip. Getting there is most of the fun, especially when you have no idea where “there” is. Whether you’re traveling across the country or just a few miles down the road, a trip is a great way to enjoy the freedom only summer can provide.

Unfortunately, it’s becoming harder to escape the expense of high gas prices. With gas hovering around $4 a gallon, not everyone can afford to take a long trip. This is fine, however, because there are plenty of great movies that let you enjoy the open road without ever leaving your couch. Let’s look at a few of the better ones.

While almost every National Lampoons film featured an epic road trip during which hilarity ensued, only Pee Wee’s Big Adventure has Large Marge! This is one film that captures the mysterious, dark nature of going it alone on a road trips. How can a single traveler help but feel vulnerable, stressed, and even a little frightened (if he’s hitchhiking like Pee Wee). 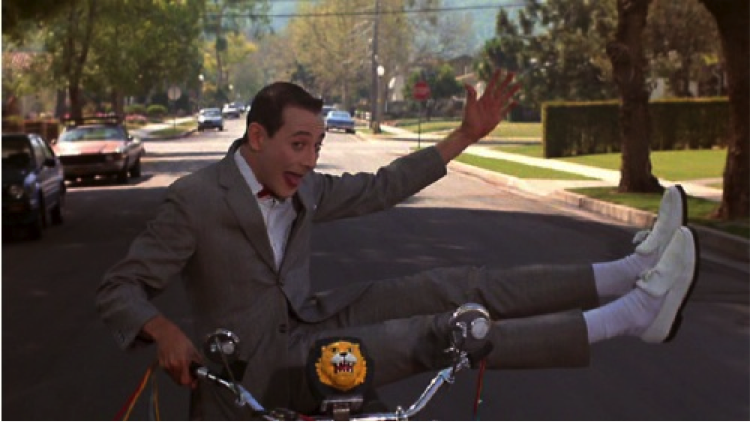 This movie shares the spirit of the road with those who would walk 100 miles, and who would walk 100 more, just to be the man who walked 5,000 miles for the best bicycle in the world! Forget Kerouac’s On the Road: if you can’t actually be on the road this summer, Pee Wee will make you feel like you’re suffering anxiety alongside of him.

What is more epic than a road trip to celebrate the last hoorah of bachelorhood? The Hangover captures the American tradition of partying hard before the big day, and the nature of “What happens in Vegas” excursions. 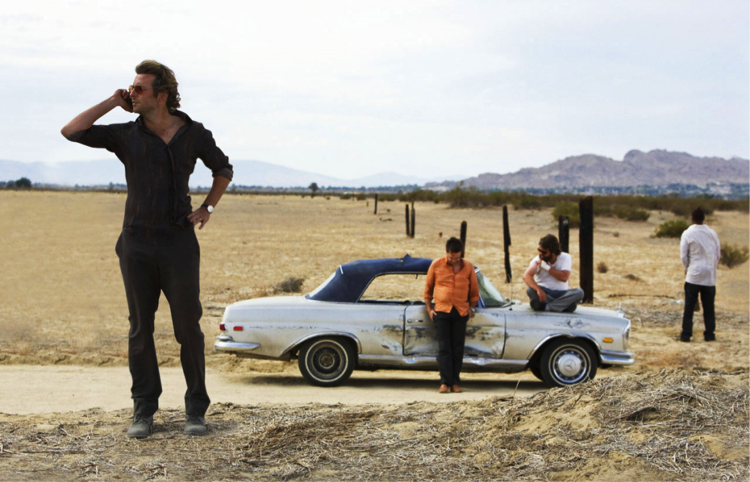 Film about road trips: The Hangover

If you need a break from reality and a few good laughs, then this is a film that will take you there in style. Experience the open road from a dream ride you couldn’t afford in real life, and find out if you have what it takes to brave Vegas yourself.

Rain Man follows one normal guy and one mid-functioning autistic savant as they travel across the country. On the way, Tom Cruise’s character notices that his brother has an incredible ability to count. He immediately parlays that into winning $80,000 during an especially good evening in Vegas. 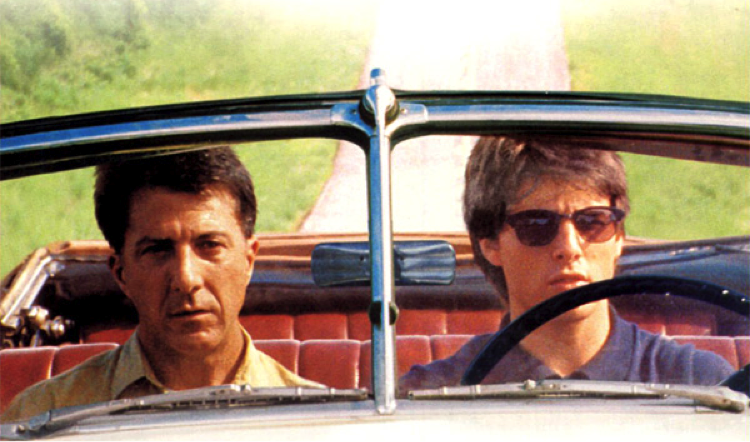 Rain Man is fun for more than just the triumph of what some would consider a “disabled” individual. It also shows two brothers forming a bond even though they didn’t really grow up together. One of the best things about road trips is their ability to bring people together. This is a great movie to watch with someone you care about.

Mad Max taught Mel Gibson how to show off his crazy side, back when the world assumed he was just acting. In this movie, Max is a cop who gets pushed closer and closer to the edge by road pirates who want to murder and pillage for gasoline. This ultimately results in his wife’s death, and Max totally going over the edge. 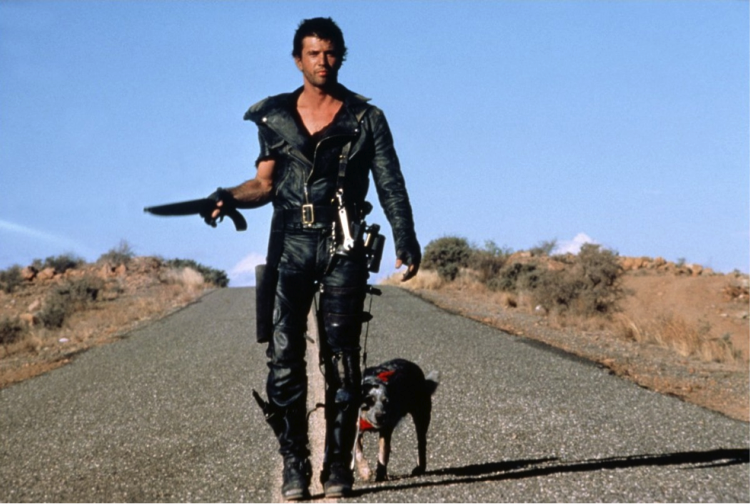 One of the best things about this movie isn’t the road itself. The road in this film is Australia’s desolate interior, where there’s nothing to see for hundreds of miles. The plot of this movie revolves around how the road can change a person, and not always for the better. This is a cautionary tale of seeing too much and being seriously disturbed by it.

Who says post-apocalyptic road trips can’t be fun? This guy! With cannibals searching the desiccated, crumbling landscape of what used to be the United States, this father son team has to experience the open road from bushes, side streets, and of course—foot. 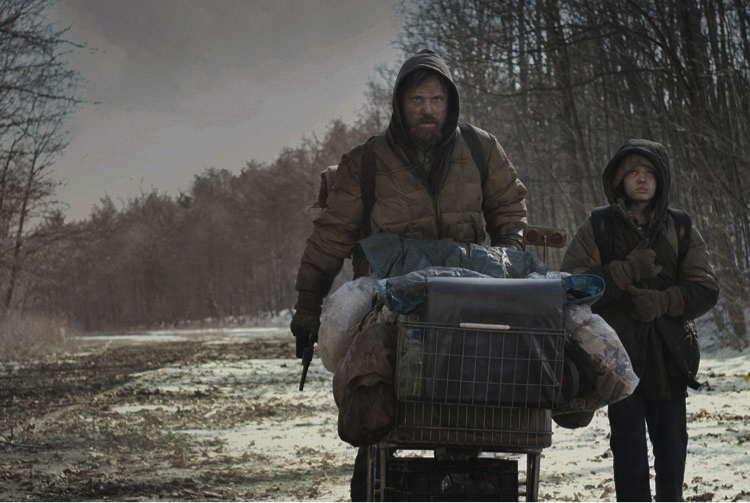 One thing to be said for road trips after the end of the world is that gas will be out of the question. Actually, this film might make you feel better about your own financial reality, and about all of your blessings and good luck!

Smokey and the Bandit

This road trip movie will have you laughing and hanging on to your seat. It starts off with two guys responding to a dare to pick up a truckload of beer and bring it back to some friends in Texas. While it begins fairly easily, it gets more complicated when the main protagonists pick up a hitchhiker who just left her groom at the altar. 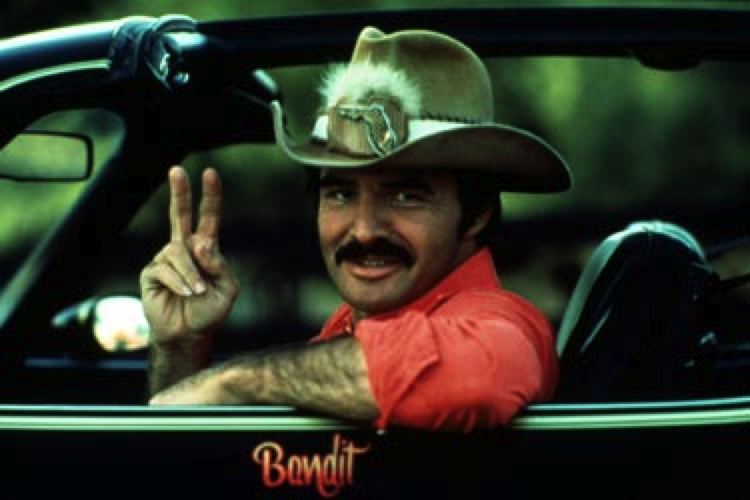 Smokey and the Bandit

Since the groom’s father just happens to be a sheriff and Burt Reynolds’ activities technically constitute bootlegging, a chase across the southwest ensues.

Two young men give up their careers of running drugs across the border and “retire” to a life on the road. With few expenses and plenty of cash, they set off to go to Mardi Gras. 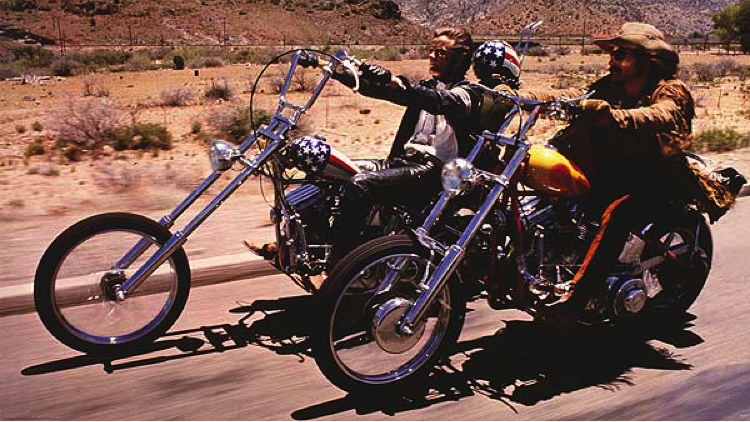 Unfortunately, things get complicated when people who aren’t free take offense to their long-haired, carefree ways. In this case, “complicated” quickly turns into “deadly.”

This is the story of two friends who went out for a weekend, and then went out with a bang. When one of the women shoots a man who was trying to rape the other, they face a decision: turn this into a cop movie by staying to face the music, or turn this into a road movie by running for the hills in denial. 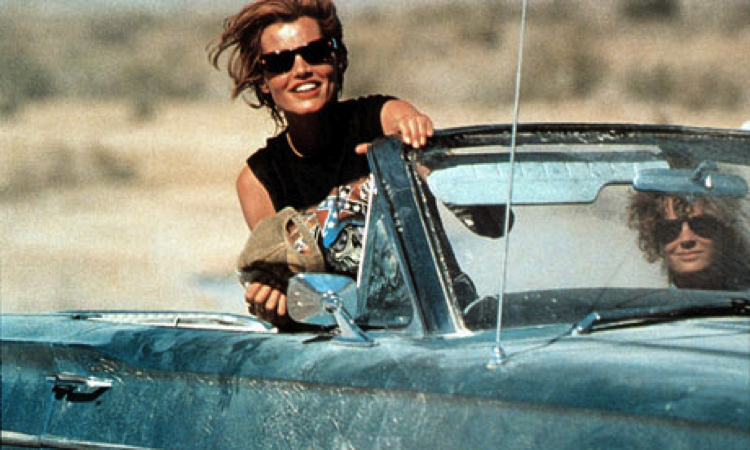 They choose the latter, and a rough time ensues. You could call this a cautionary tale about facing up to what you do and living with it, or you could just call it a good time with two people getting to know each other better.

Che Guevara did more than just lead the Cuban Revolution. He and a friend also traveled South America on motorcycles during the 1950s. You can think of their road warrior exploits as a precursor to Guevara’s more well-known adventures or you can just think of this as an enjoyable movie about two friends having a good time. 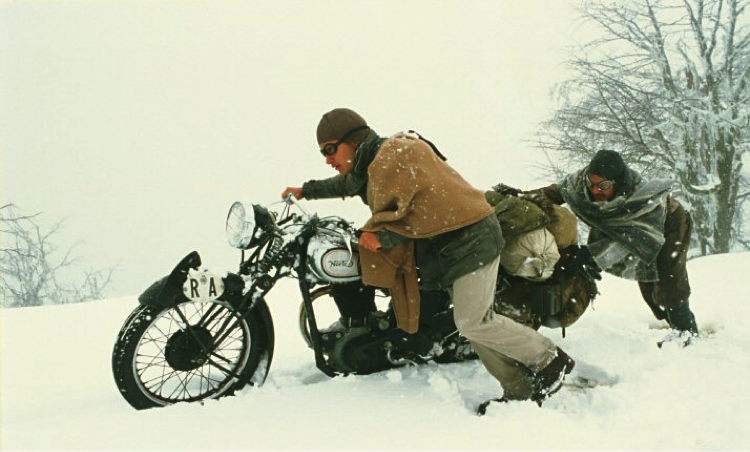 In Conclusion: Gas prices may interrupt your carefree travels down the open road. Since there has never been a major movie about a pair of friends engaging in a bike ride across the country, gas rules the day. However, you don’t have to let this bring you down.

You can always watch other people travel the open road, and live vicariously through them. But don’t think of this as brainless entertainment. Think of the movies you watch as ways to absorb lessons the characters learn on the road, without having to pay the same prices.