Everyone knows about the phone-book-sized car manuals that hibernate in glove compartments and rarely see the light of day. Who has time to flip through such a tome? As time goes on, more and more car manufacturers are realizing that people don’t want to be skimming hundreds of pages to get the information they need, so they’re starting to implement technology in their car manual creation. Here are 4 of the ways car manuals are redefining their stereotypical massive form and catching up to the technology-savvy world.

One of the first major strides in recreating the form of the car manual was in 2009 when Chrysler decided to stop using printed manuals and start putting them on DVDs. Obviously this saves a lot of room, but it also makes it possible to search by topic instead of scanning pages and pages for the answer you’re seeking. 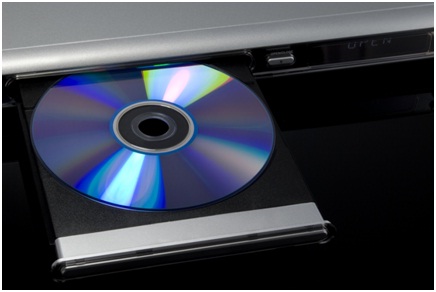 Having this extra “space” also allows manufacturers to include additional, more in-depth information that can now be available to those drivers looking for it (and might not want a bigger car manual in order to accommodate it). According to AOL Autos, an example of this type of added tutorial includes taking off the folding top of a Jeep Wrangler.

While this was definitely a step into the world of technology, there are more innovative examples of car manual changes that further illustrate the transition being made.

In early 2011, Dodge launched free phone applications that were compatible with iPhone, Android, and BlackBerry platforms and will contain the information usually included in physical manuals along with video tutorials, access to customer car, and other awesome features. 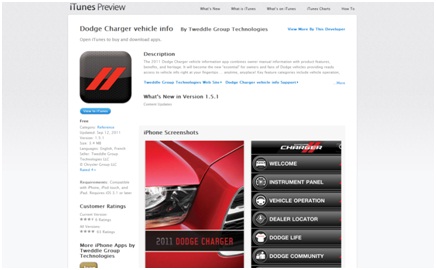 Having a manual in the form of an app allows manufactures to add a lot of information without worrying about adding to page count. It also makes the manual even more on-the-go, so even when you’re not at your car or in someone else’s car, you have access to the information if you need it.

Hyundai took it to the next level by including an Apple iPad car manual with the purchase of an Equus. The company has decided to stop doing this for the 2012 model year and go back to the typical paper version of a manual, but for the people who purchased the Equus in the year or so before the change, they got to use a pretty high-tech owner’s manual. 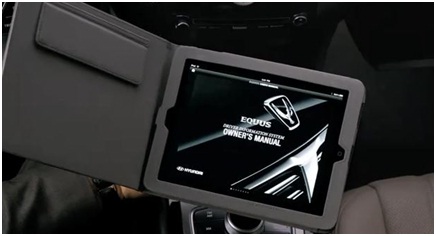 According to The Car Connection, people with the iPad manual could access their car’s features but also schedule service visits and even do somewhat off-topic (but still useful) tasks like make dinner reservations. While Hyundai isn’t including the iPad with the purchase now, the app is still available to download for people who already own iPads.

One of the most recent developments is the experimental Avatar-based Virtual Co-driver System, which works for the Audi Multimedia Interface. According to Gizmag, the system uses artificial intelligence to understand drivers’ questions and answers the questions using verbal responses, images, and videos. The technology centers on an avatar, who points to relevant information and “speaks” to the driver. 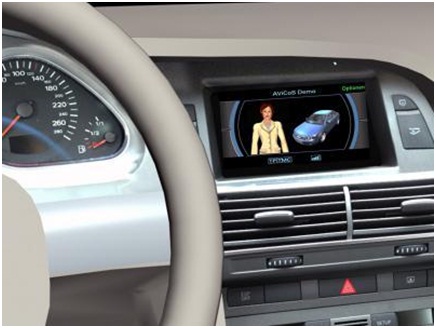 Researchers from Germany’s Institute of Business Informatics are the ones developing the technology that could potentially replace the basic car owner’s manual. They hope that the system will eventually be able to identify the driver’s state of mind through an analysis of speech rhythm and tone of voice.

As high-tech as this sounds, people commenting on the Gizmag article haven’t sounded too pleased. They’re comparing the system to the avatar Clippy, the Microsoft Office helper, and predicting it won’t be as helpful as it sounds. However, only time will tell the usefulness of artificial intelligence in terms of car maintenance, upkeep, and operation.

Conclusion: Technology is helping to make car manuals more compact and useful. Even if your car doesn’t come with one of these more advanced versions, many manufacturers offer PDF versions of massive manuals, so it’s worth looking into.