Where do Gas Taxes Go?

Next time you fill up your tank (and grumble about the high price of fuel), take a second to look at the sticker on the pump. In most areas, a label clearly indicates exactly how much you are paying in taxes to the local, state and federal governments for each gallon purchased.

According to the American Petroleum Institute, the average American is paying 48.1 cents of taxes for each gallon of gas they use. Of course, this varies by state. California has the highest total tax per gallon at 66.1 cents, while Alaska is the cheapest at 26.4 cents. If this doesn’t sound terrible, think about it this way: On average, drivers are paying a 13.7% tax rate on gasoline – something almost everyone depends on every day – when the price of a gallon is around $3.56.

Considering that the average American family only pays about 5% of their total income in federal income taxes, this is a pretty steep tax rate. 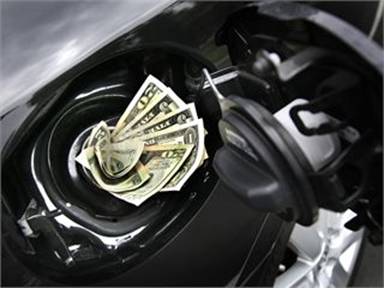 Where do Gas Taxes Go

So, what do you get for your money? The nation’s highway system is overburdened, many local bridges and roadways are literally falling apart. Ironically, much of the recent government stimulus money went to highway projects. Something isn’t adding up. So, let’s take a look at where gas taxes really go to see if there are any surprises.

The Federal Portion of the Gas Tax

Did you know that the gas tax wasn’t even designed to support the nation’s highway system? In 1932, the government placed a $0.01 excise tax on each gallon of gasoline sold to reduce the deficit. At that time, the national debt was $903 million – not even close to what we have today. In the first year, the federal government collected $124.9 million. Over the years there were increases in this tax to fund various war efforts including WWII and the Korean War.

Finally, in 1956, the passage of the Federal-Aid Highway Act and the Highway Trust Fund gained support for the country’s interstate highway program. At this point, there was an increase to $0.03 tax/gallon and 100% of the proceeds went into the fund.

The gas tax continued to gradually increase over the years with the passage of more laws. The Omnibus Budget Revenue Reconciliation Act of 1990 (OBRA90) established the new tax rate as $0.14/gallon with $0.025/gallon going to deficit reduction. Later, the government removed deficit payments and increased the fuel tax to 18.4 cents.

This is the breakdown of the federal portion of gas tax:

According to the News and Observer, a North Carolina news publication, this southern state isn’t above raiding their highway fund to pay for other things. In the meantime, roads at all levels have suffered. 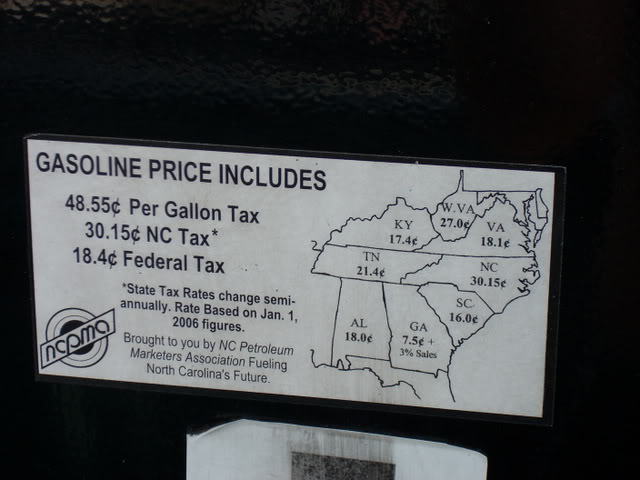 In 1989, the state made a change to their tax structure by eliminating the automobile sales tax that went into the general fund and replacing it with a highway-use tax that went directly into the highway trust fund. To compensate, North Carolina passed a law to allow the state to transfer $170 million each year from the trust fund to the general fund where it pays for education, hospitals, and other government programs.

Washington State is more direct with the details of their spending plans. In fact, the state details each penny of its appropriations fully on its website. The most recent publication of the numbers, the state’s portion of the gas tax was 36 cents, this was the breakdown:

Everyone from the head of GM, to environmentalists, to Congress has said that a gas tax increase of $0.50 to $2 per gallon would solve the nation’s problems. This money could help shore up the general fund and improve the highway system.

Some think it would also improve the environment by forcing people to conserve energy and pushing auto makers to increase production of more fuel-efficient cars. Of course, the American public feels that they simply can’t afford to pay more for gas when the prices seem to go up and down each month based on little more than a whim. 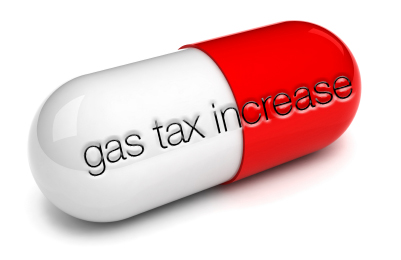 Most of the country’s troubled economy is also dependent on the cost of fuel. Because almost every product reaches its retail destination in a truck, all of our prices go up with the cost of gas. Petroleum-based products, like tires and plastics, are hit with a double whammy when both the price of transportation and raw materials increase.

After eliminating the fuel tax, where does the rest of the money spent on a gallon of gas go? Most would think it’s straight into the pockets of the big oil companies, but, and here’s a surprising tidbit, that doesn’t seem to be the case.

According to Exxon, they’re barely managing a living on their meager portions. Of course, their yearly reports say different. For the record, here’s what goes into those little numbers on the pump:

This means that about a quarter goes into Exxon’s deep pockets each time a gallon of gas flows out of the pump and into your car. After overhead and expenses, Exxon reports that total profits are about $0.07 to $0.09 – much less than what the government gets.

Conclusion: While everyone who uses the public road system should be willing to pay to support this critical infrastructure, it’s hard to consider an increase in gas taxes when that very funding is sometimes diverted to cover other government shortfalls.

According to a Rasmussen poll, 53% of Americans oppose any new gas taxes, even if all the money collected went straight to the highway system, and 44% of respondents suggested that the gas tax should be temporarily removed until gas prices stabilize.