You know which movies your favorite actors star in, and probably their spouses’ names too, but do you know what kind of cars they drive? There are many celebrities who are outspoken on car choices and features.

For example, Alicia Silverstone, Brad Pitt, Cameron Diaz, Bill Maher, Leonardo DiCaprio and Kevin Bacon are all quick to tell reporters about the responsible nature of their hybrid vehicles. Below are five of the most popular cars driven by celebrities, including which celebrities are driving them!

Gerard Butler, a Scottish actor, became a household name in 2006 with the movie 300. Now that the hunky actor has the eyes of the world on him, he dodges paparazzi in a black Range Rover! 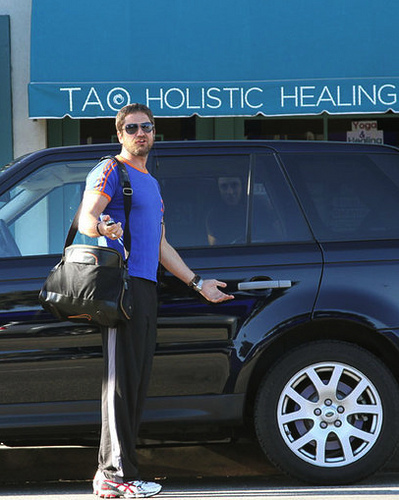 As far as celebrity women, No Doubt rocker Gwen Stefani is seen around Los Angeles in a black Range Rover similar to Gerard Butler’s ride. Jamie-Lynn Sigler, well-known for her role as “Meadow” on the hit HBO series “The Sopranos” has also been seen pulling away from trendy lunch spots in her Range Rover. 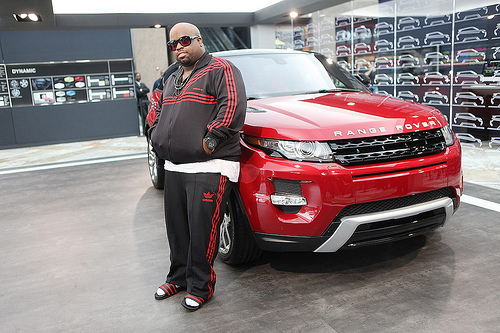 Many celebrities prefer something a little more compact than the Range Rover SUV. When actor B.J. Novak drives to the set of his popular NBC show, “The Office,” he drives his black Audi A5 coupé. Jumping over to the FOX Network, “Glee” actress Diana Agron can be seen driving to the set or stopping for coffee in her Audi A4. 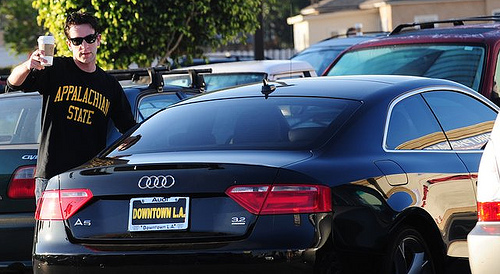 One of the more popular MTV personalities in recent years is Lauren Conrad, star of such reality hits as “The Hills” and “Laguna Beach.” She has been seen around the Los Angeles area in a super sporty Audi R8. 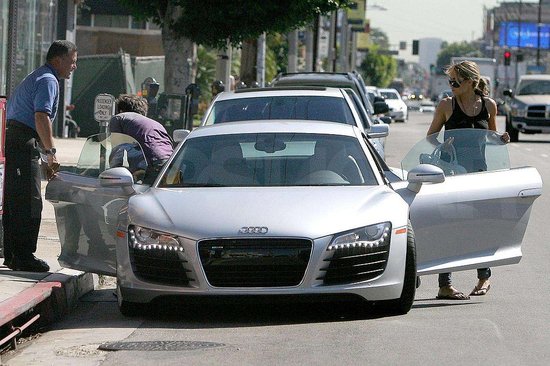 The Porsche has been synonymous with luxury car and celebrity for the past few decades. For example, Farrah Fawcett would turn heads in Los Angeles driving her Porsche convertible around town. Ralph Lauren, a staple of American fashion and outfitter of many of Hollywood’s élite, can be seen coming and going from fashion shoots in his Porsche 911 Cabriolet.

Outfitter of many of Hollywood’s élite

Music icon Flea, the bassist for the immensely popular Red Hot Chili Peppers, also drives his Porsche to the local recording studio when it comes time to lay down his smooth grooves!Athletes have been known to drive around in flashy Porsche luxury cars as well. The Orlando Magic’s most popular player, Dwight Howard, has been seen driving to the NBA arena is in a Porsche Panamera, a super swanky model of one of Germany’s most popular luxury cars.

While Dwight Howard is one of the most popular stars in the NBA, his sports celebrity doesn’t touch that of a fellow Porsche lover. David Beckham is as international soccer star and owner of a customized Porsche 911. His equally famous wife, Victoria “Posh” Bechham, can also be seen in a Porsche, sporting her own Porsche 911 Cabriolet Turbo. Both Beckhams had these vehicles custom-made to their specifications to maximize personal enjoyment. 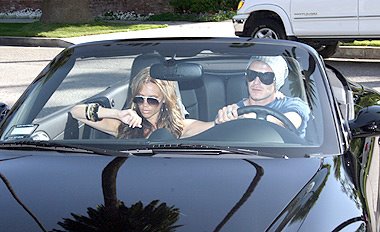 Jay Leno could likely be mentioned under most if not all of these car headings. He has a car collection that rivals any seen in Hollywood history. Among this beautiful collection is a Mercedes SLR McLaren, and an Anglo-German ride where the doors lift straight up into the air for greatest coolness!

Austin Powers star Verne Troyer, whose character “Mini-Me,” stole the show when he was on-screen, steals looks around Los Angeles in his specially customized and fitted Mercedes-Benz CLK. Pharrel Williams, a super producer and fashion line entrepreneur, is on the same page as Mr. Leno. He can be seen driving in style with a 5.5L V8 Mercedes-Benz SLR McLaren with a price tag of just under a half million dollars.

Other Hollywood celebrities into the Mercedes brand include Renee Zellweger and her Mercedes E Class. She has been seen around Los Angeles in a striking E63 model. KourtneyKardashian prefers the Mercedes S-Class, where she was spotted driving her ride right outside her sister Kim’s house. Many of the celebrities already mentioned earlier in this article have also been spotted driving a Mercedes. 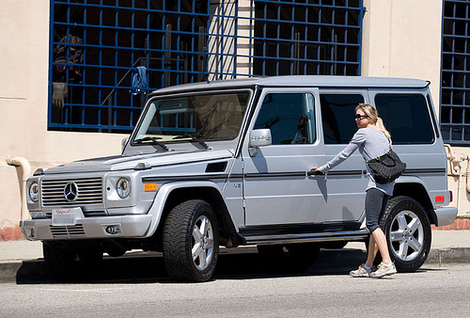 For instance, the aforementioned Lauren Conrad was seen at Joan’s restaurant on Third Street in Los Angeles in a Mercedes Benz.Ralph Lauren has a car collection that perhaps even rivals that of Jay Leno’s. Mentioned earlier for his Porsche 911, his car collection also includes an amazing Mercedes-Benz 300 SL Gullwing Coupe. Word has it you shouldn’t be surprised to see him roll by in a Jaguar as well.

No discussion of Luxury Hollywood cars is complete without a discussion of who drives a Bentley. It may come as a surprised to hear that Jennifer Love Hewitt has been seen around Hollywood a few times driving a Bentley, though she often has someone driving her around.

Other Hollywood women spotted in a Bentley include Kat Von D in a black Bentley Continental as well as Paris Hilton in an impossible to ignore – Pink Bentley. Jay Leno, mentioned before for his Mercedes SLR McLaren, is the owner of several Bentley’s as well as other road classics. 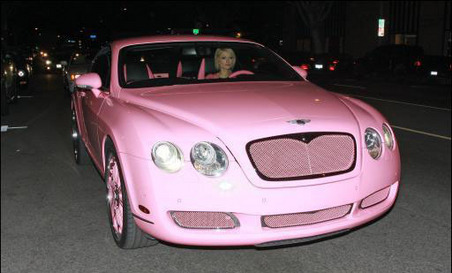 Paris Hilton in an impossible to ignore Pink Bentley

The Stars Really Do Have it All! You probably will never own most of the cars listed in this article, but at least you now know what your favorite celeb is driving!