The ever-increasing as gas prices have caused alarm and frustration throughout the last ten years. While the global community certainly shares America’s pain where the energy crisis is concerned, one has to wonder what causes the great disparity in gasoline prices in different countries. But even in different U.S. states and cities, the total at the gas pumps varies greatly. What gives? A run through five cities with crippling gas prices will break it down for you.

The second cost is that of refining the oil into gasoline, and the third is the cost of distribution and marketing. The former is a mix of heavy industry and high-tech with all the attendant costs, while the latter is a requirement for every business. These costs influence the formula that eventually results in the point-of-sale price that consumers will pay.

The fourth and fifth price components are the least straightforward and most misunderstood. Anti-corporate activists and consumer watchdog groups often blame individual gas station owners for the retail markup even though they only add a few pennies to each gallon. In fact, gas stations end up with a very small profit margin unlike the big dogs in the oil industry.

The biggest culprit is actually taxes which accounts for the high price of gas as well as the price differences between states. Not only is there a federal excise tax per gallon, but the states add their own, as well as sales and gross receipts taxes, oil inspection and storage tank fees, and even various environmental fees. Since taxes in Europe are generally even higher than U.S. taxes it does not come as a surprise that you have to pay at least twice as much for gas there.

WHY IT’S HIGH: The same reason a can of Coke costs $2 – delivery costs (and taxes) 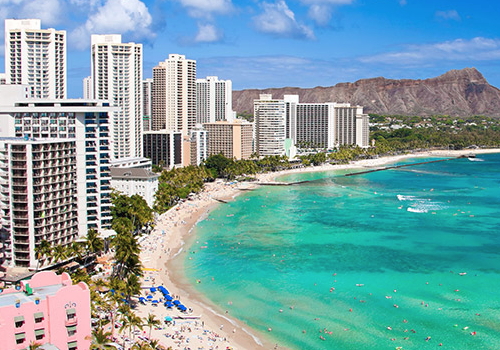 Residents of Honolulu pay the most for a gallon of gas at $3.64, which includes 63.7 cents for state excise tax. Consumers pay sales tax on top of that, while the fees and business taxes paid to the government by oil firms and dealers are passed on into the retail cost as well. Hawaii has long been the state with the highest per-gallon tax, but California recently took the lead (see next item).

Aside from taxes, Hawaiians also have to pay for high distribution cost which makes Hawaii the most expensive state to live in. Residents were enjoying lower gas prices until the state’s ethanol subsidy expired in 2009 and law makers decided to increase the tax on gasoline. As a result Hawaii’s gas tax went from seventh-highest to #1 in the U.S.

CITY #2: San Francisco (plus 17 other cities in California) 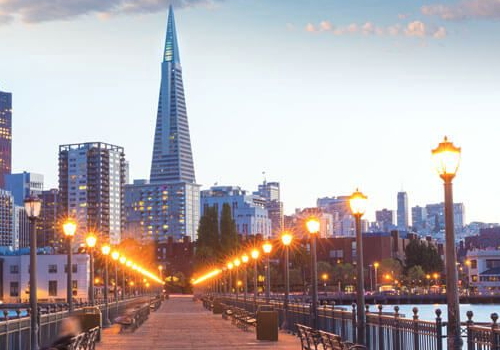 California has the highest combined taxation on gasoline of all states, and is only edged out of the #1 most expensive gas slot because of Hawaii’s transportation costs. Still, in a list of the top 20 most expensive cities in which to buy gas, you have Honolulu at #1, New York City at #20, and 18 California cities between them. The per-gallon prices range from $3.459 in Bakersfield to $3.568 in San Francisco.

Also, California has the distinction (or onus) of having the most restrictive pollution regulations in the U.S.

California’s regulations tend to create higher than average compliance costs for businesses all along the petroleum supply chain, from oil companies, refineries, and transporters to storage firms, wholesalers, and retailers. Combined with the state’s 67-cent-per-gallon gas tax, these costs keep California prices high – in every city.

WHY IT’S HIGH: It’s a lot lower than what many state politicians would like 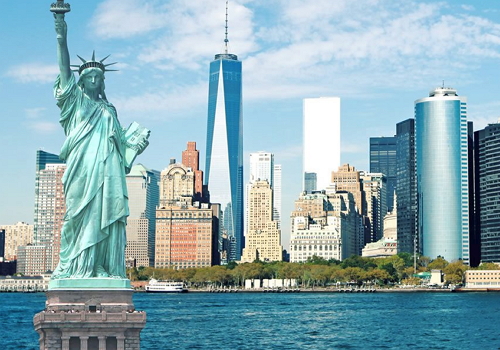 New York City often acts like an independent nation. On top of New York State gas taxes, NYC piles on costs of its own. The state per-gallon tax total of 63.3 cents is in third place behind California and Hawaii, and NYC pushes up the retail price with various fees and regulations.

Both direct costs (fees) and hidden costs (complying with regulations) end up being paid by the consumer. Price hikes in late 2010 and early 2011 in the NYC area can also be attributed to inventory shortages. Politicians quickly point at this instead of high fuel taxes, but market fluctuations affect gas prices far less than high tax rates.

Starting in the fall of 2010, however, several refineries in Canada, New Jersey, and Pennsylvania delayed their seasonal maintenance, which caused a decrease in supply that once again led to subsequent price hikes at the pump. But New Yorkers are used to high gas prices. 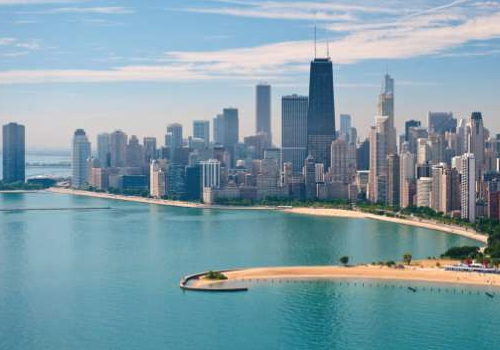 Local and national factors join forces to keep prices in Chicago high. First of all, Chicago has very high city taxes on gasoline, and added to the state tax of 58.8 cents (in the top five) makes the city one of the most expensive ones for fuel. But there are some infrastructure issues that affect prices in the region, too.

When refinery inventories get low, prices rise. Various things can cause inventory fluctuations – global market issues, transportation problems, technological snafus – but several times between 2008 and 2011 multiple refineries were shut down for repairs. Impossible to predict and difficult to plan for, refinery operations are a wild card in the gas game.

The British Petroleum (BP) refinery in nearby Indiana, for example, is one of the largest in the country and a prime supplier of the specially reformulated gas used in Chicago (as in California). After a fire and a power failure – in March and April of 2007, respectively – it took two years for BP’s refinery to return to normal operating levels.

WHY IT’S HIGH: Well, you can probably guess – the usual suspects 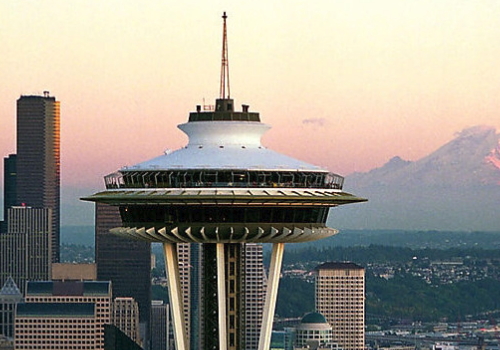 The state of Washington and Seattle in particular have tended to be reliable Democratic strongholds, but its eclectic mix of yuppies, entrepreneurs, software nerds, left-wing activists, and college students make it more than just “Berkeley North.”

Seattle has been one of the top five most expensive cities for gas for over a decade, often occupying the top spot. With a 58.9-cent tax (up 20+ cents in four years) and current prices of $3.367 a gallon Seattle is solidly ensconced in the number five slot.

BOTTOM LINE: High gas prices are caused by several economic factors such as global supply and demand, which are then aggravated by federal, state and local taxes, fees as well as environmental regulations.

While Americans are forced to pay whatever price is demanded at the gas pump they often have to make amends on other less necessary expenses. An improved public transportation system may alleviate this problem in some locations, but certainly not everywhere in the U.S. High gas prices are here to stay.