Are Small Cars Really Safe in the United States of SUVs?

Capitol Tires Are Small Cars Really Safe in the United States of SUVs?

Just take one look at gas prices and you’ll probably regret your decision to purchase that large truck or SUV. With gas prices hovering around $4 per gallon and no price retreat in sight, drivers are looking for ways to save on gas. Many are starting to gravitate towards eco-friendly, energy-efficient cars that are smaller in nature and cost less to fill-up every week.

However, before you run outand sign a three-year lease or purchase a compact car, you might want to consider the potential danger you could be placing yourself in. After all, if you are residing in the United States, SUVs and larger cars still rule the road and make it tough for smaller cars to survive.

The first stop on the road to answers about the safety of small cars is the government agency responsible for conducting crash tests on cars. The National Highway Traffic Safety Administration, or NHTSA (https://www.nhtsa.gov/), created a 5-star program that rates the safety of cars by conducting a number of tests that show what happens to a car when it is in certain types of accidents. 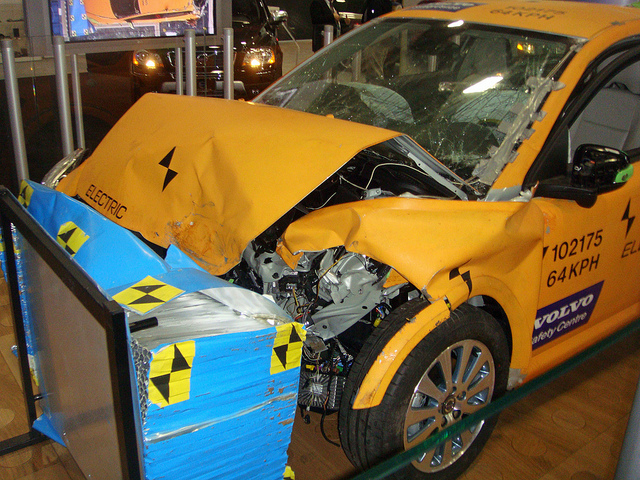 The following tests are administered by the NHTSA:

Depending upon the results of the test, a star rating of anywhere from one star (the lowest) to five stars (the highest) is applied to the car. This rating helps car consumers and manufacturers assess how safe their potential car purchase will be. 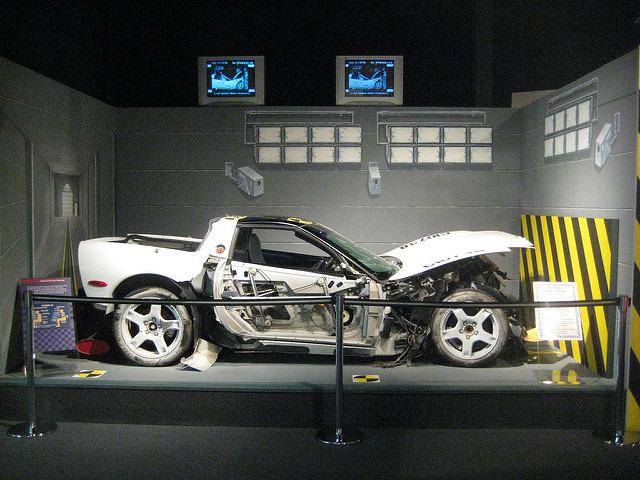 A three-star rating for a small compact car doesn’t compare to a three star for a pick-up truck. Therefore, you can’t compare a compact Honda to a huge Hummer in terms of safety. This also means that while the NHTSA test results can help determine safety of a vehicle across similar car sizes, they won’t be much help determining how safe a small car is if or when it impacts with a larger car.

After the stop at the NHTSA, the future might seem bleak for those seeking answers on the safety of small cars, but the next stop, the Insurance Institute for Highway Safety, might be able to shed some light on this issue. 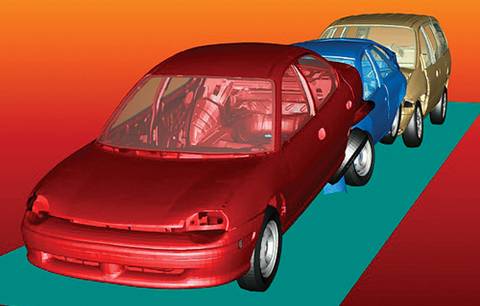 The Insurance Institute for Highway Safety, or IIHS (http://www.iihs.org/), collects data on various car collisions in the United States. This institute also conducts their own safety tests, but unlike the NHTSA, these tests determine how a car will hold up in an accident with another vehicle. All information gathered by the IIHS can help drivers determine whether a smaller car is statistically safer on the road filled with SUV sized cars.

Test Results from the IIHS

To help assess the safety of a small car on a highway system filled with large cars, the IIHS has recreated a number of accidents that involved small cars and large to mid-sized cars. 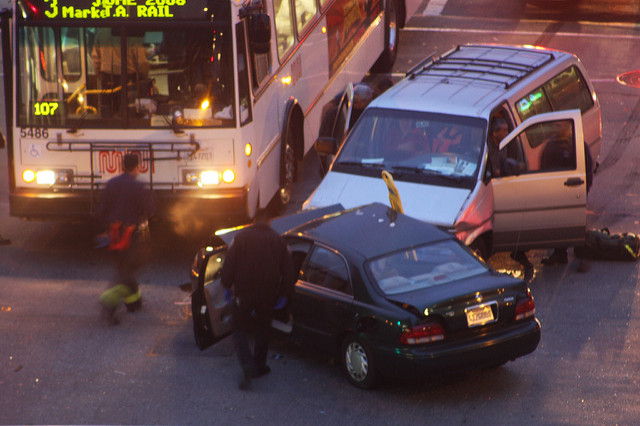 Test Results from the IIHS

Results of these tests can help determine just how safe small cars are when put against their larger opponents.

The Test Result and Winning Type of Car

The Test Result and Winning Type of Car 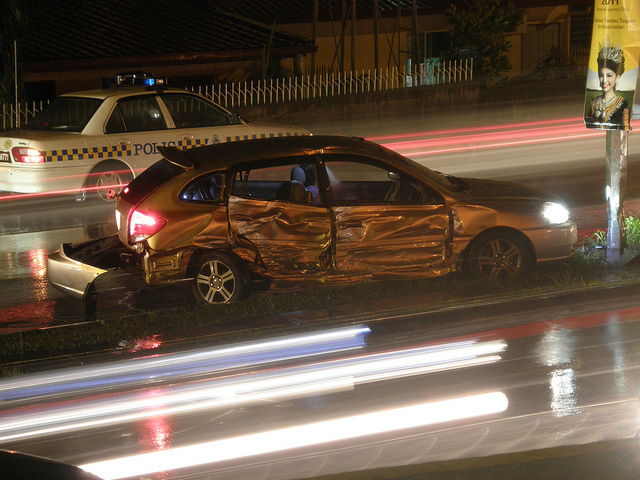 The damage was so extensive most insurance companies would consider the car totaled.

When a large car is hurtling at 40 mph at the side of your car, you can expect to come out on the losing end of this battle if you are driving a small, compact car. Test results showed the potential for extensive leg, neck and head damage, as well as extensive damage to the exterior of the car.

The laws of physics still apply as the car-to-car collision test results of the IIHS’ show. When smaller cars are pitted against larger cars they will come out the loser almost every time.

The last stop on the road to discovering if smaller cars are safe is the car manufacturers themselves. Safety isn’t always determined by how well a car performs in a crash test; it can also be determined by what equipment is provided by automotive companies to make the driving experience safer. 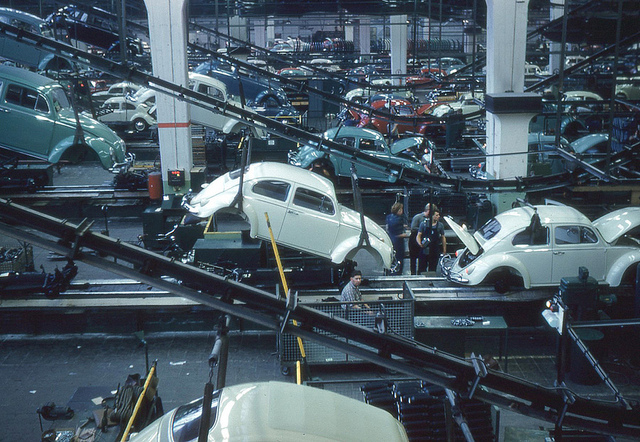 Car manufacturers have been inventing and adding new safety equipment to both small and large cars. Equipment of this nature can be used as a major determining factor for car safety because it reduces the likelihood of a car being involved in an accident while on the road. 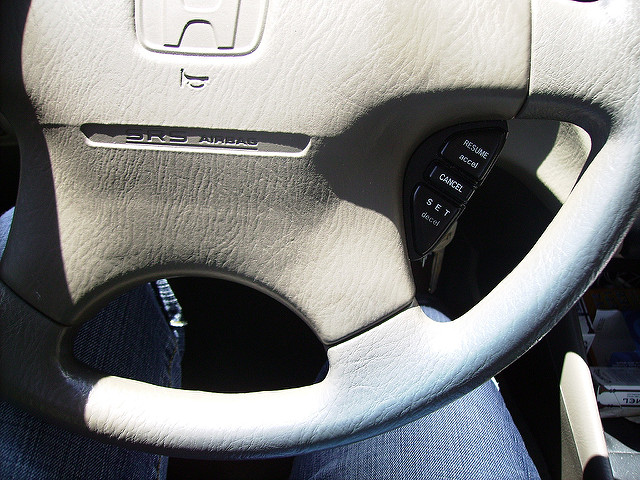 This alert prevents the driver from switching lanes and hitting a car he couldn’t see in the blind spot.

Drivers who regularly use their cruise control know it can take a while to break when the car is in such a setting. With the new adaptive cruise control with brake safety feature, cars can be placed into cruise control and sensors in the front of the car will alert drivers if a car or other type of object abruptly appears in front of it.

The ability to alert drivers about obstacles ahead can prevent accidents from occurring as drivers have time to react or the car will automatically react for them.

The human body sometimes doesn’t react quickly enough to potential situations that could cause a collision. The low speed avoidance system provides built-in sensors that notice the potential for an accident when a car is traveling at speeds of 9-27 mph and will automatically start applying the brake if the driver hasn’t reacted to the potential situation. 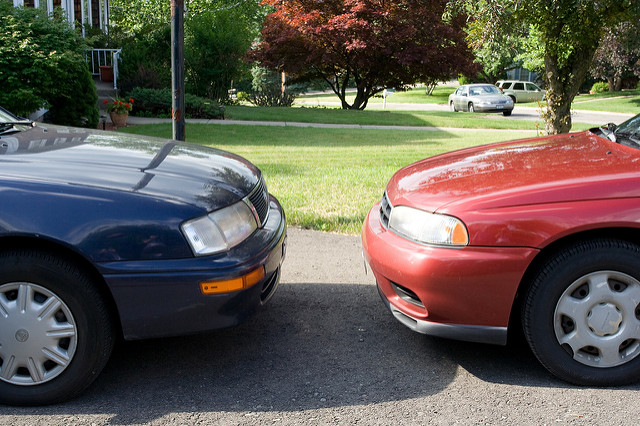 With all the information that has been gathered, the final verdict on the safety of small cars is, unfortunately, inconclusive.

While car manufacturers are making efforts to make small cars safer to drive by providing collision avoidance equipment, safety is still a concern when two cars collide with each other. Should a small car ever crash into a mid- to large-sized car, the larger cars, due chiefly to their size, will almost always come out on top.

These conflicting factors, the safety equipment and the collision results, leave the real safety of small cars up in the air. When choosing a small car, be sure to know that you’re making a decision that may leave you at a disadvantage in a collision with a larger car, like a SUV.

More about the Small Cars