The careful selection of a catchy, memorable design – and the care and foresight with which it evolves over the years – is important for every kind of company. However, the passion with which some people approach cars makes their emblem design more crucial.

To separate fact from fiction concerning in the history of famous car companies, let’s take a closer look at a few iconic brands that have stood the test of time.

THE MYTH: The center is a propeller

THE FACT: The misconception was born in a 1929 ad campaign

The BMW emblem is officially called the “Roundel,” and is among the most recognized and respected logos in the world. Since the company’s founding as “Bayerische Motoren Werke” (“Bavarian Motor Works”) in the early 20th century by Franz Josef Popp, the Roundel has remained a circular emblem with “BMW” at the top of an outer ring, with inner ring colors of alternating blue and white. Blue and white were selected because they were Bavaria’s state colors. 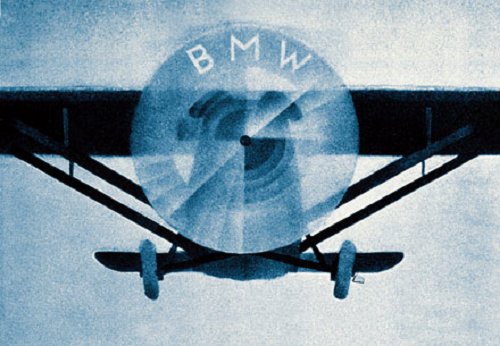 The myth was propelled by BMW’s aircraft engine business.

The notion of the “propeller provenance” came from a 1929 ad showing the Roundel on prop-driven aircraft (there were no jets).

BMW was building Pratt & Whitney engines under license, later branching off with their own BMW 132 model. The Roundel design has stayed fairly stable over the years, as you can see above.

THE MYTH: The original Cadillac emblem is the coat of arms of an aristocrat

THE TRUTH: Detroit’s French founder reinvented himself, so to speak

In the late 1990s, Cadillac wanted to develop a new “design language” for its cars, which it described as a fusion of “art and science.” The challenge was to inject a sense of high technology and elegance; so GM’s corporate ID group considered the “faceted” look of gems and (of all things) the Air Force’s stealth fighter. 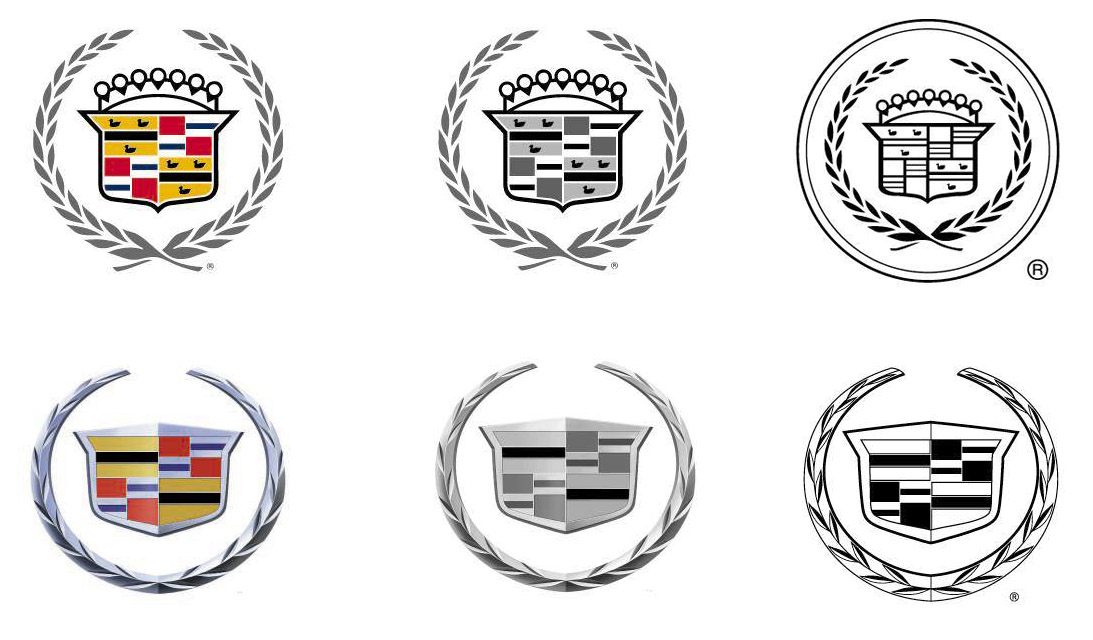 While doing research on the original emblem, interesting details turned up about their first design. The original Cadillac emblem was said to have been based on the family crest of the man that founded Detroit, Antoine Laumet de La Mothe, sieur de Cadillac.

However, as with so many other coats of arms of the era, Cadillac’s is apparently a mix of elements. Some were invented, and some were purloined from real royals. There is simply no way to know for sure where he got his ideas. 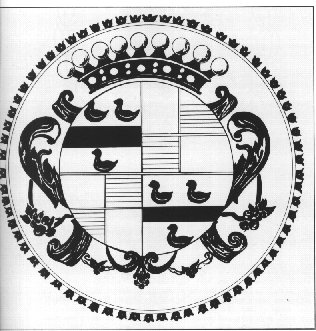 Cadillac’s first crest was round, with a prominent crown.
Photo source: home.iag.net

Cadillac’s first crest was round, with a prominent crown.

The fact is, the slightly roguish Cadillac would probably be popular with the kind of people who buy Cadillacs today. The demographic studies done by GM indicate that Cadillac buyers are “self-made [men and women]” who worked their way up to a car that’s “the standard of the world.” What the original Mr. Cadillac did is likely more important to them than where he got his crest.

THE FACT: The Viscontis had every reason to spread that story

The Alfa Romeo emblem has gone through several “evolutionary” remakes since the firm’s 1910 founding. The red cross on the white background is alleged to celebrate the first man to scale the walls of Jerusalem during the first Crusade.

The man-eating snake commemorates the legend of Ottoni Visconti, a 5th century noble who was said to have slain a ravenous serpent that preyed on residents of Milan. 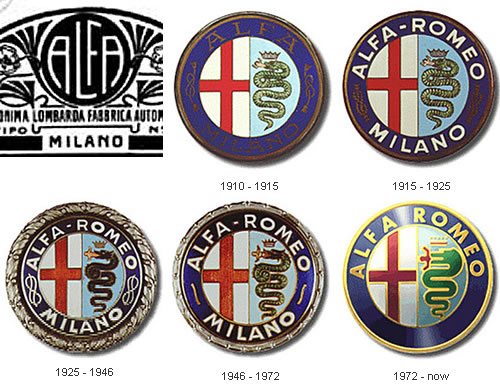 While there is no historically verifiable evidence of Visconti’s deed (or the existence of man-eating serpents), what we do know is that the name “Alfa” came from the Italian “Anonima Lombarda Fabbrica Automobili” (the Lombard car makers’ company). The evolution of the design followed the company’s fortunes, especially in racing.

The original badge – with “Alfa” at top and “Milano” at bottom, separated by images of ropes with eight knots – was gone within five years of the 1915 takeover by Nicola Romeo. In 1925, the marquee’s many racing victories were signaled by the addition of wreaths. Finally, “Milano” was dropped in 1972 when the company expanded production beyond the one city.

THE MYTH: GM founder William Durant took a piece of French wallpaper for the design

THE TRUTH: His wife gave it up – he saw it in another advertisement

If the original myth of the Chevrolet logo (which is repeated to this day, even at “scholarly” car sites) had not been debunked, we’d all attribute the design to a French wallpaper designer. The legend holds that GM founder Durant tore a piece of wallpaper from a Paris hotel in 1908. Durant, who later became Louis Chevrolet, was clearly infatuated with all things Frenchified.

The statute of limitations on the crime should have expired long ago – along with the myth. Chevrolet was one of the great success stories of the 20th century, so the marque dominated sales for much of its existence.

Yet another logo that has evolved, not been replaced.
Photo source: cartype.com

Yet another logo that has evolved, not been replaced.

Dozens of myths have been disseminated about GM and Chevy, but the emblem story gained real traction in the early days. Durant’s tale made for great copy, but his wife later divulged that he had actually seen something in a magazine ad that caught his eye and copied it – and that’s the bowtie truth!

5. PORSCHE AND ITS “POTENT” DESIGN

THE MYTH: An American auto distributor sketched it on a napkin with Ferry Porsche

THE FACT: A Porsche engineer designed it – probably

There are at least three well-known stories about the Porsche logo; each with its own set of proponents. Porsche Cars North America tells the story of Max Hoffman, a powerful U.S. auto distributor, meeting Ferdinand Porsche’ son, Ferry, at a New York City restaurant in 1951. Hoffman said Porsche needed a “potent” and powerful symbol. They are said to have designed the logo together, sketching it on a napkin.

The story out of Porsche headquarters in Germany is different, however – more prosaic, simpler, and somewhat more believable. Hoffman is said to have discussed the logo with Ferry, but the credit for the design should go to engineer Franz Reimspiess, who rendered it professionally in the studio, not in an eatery on a napkin.

The influence of Baden-Württemberg’s provincial seal is evident, of course, and even after the animal was changed to a horse, the antlers remained. There they are, stylized and still exuding that “potency,” in the upper left and lower right quadrants of today’s Porsche emblem.

A great deal of thought goes into creating a car company logo or emblem. It’s never a sure thing; manufacturers never know what will catch on and what won’t – like a new TV show, pop tune or spring fashion. Naturally, car insurance covers the theft of your car emblem by jealous misfits.

As soon as auto companies start getting feedback on an original design, however, the evolution begins…and myths and legends begin to spring up about the history of the old logo.

More about the Auto Company Emblems