Unless you are between the ages of 16 and 16 ½, nobody should have anything hanging from their rear view mirror, unless it serves a municipal function. Parking permits, handicapped placards, and highway toll passes are the only things that should ever adorn the mirror/windshield section of a car.

Nevertheless, people choose to ignore this fact, as tacky mirror hangers are more popular than ever. Here are just a few of the worst. 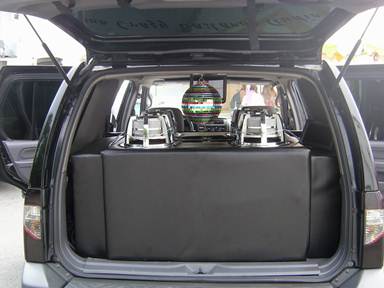 Not only are they no longer fashionable for automobile use, but they are also out of style everywhere else. They are a relic of music that has been dead for 30 years, and is no longer used in clubs thanks to laser lights and ecstasy. While hanging a glitter ball in the window may seem like a cool way to accessorize your car, it is tacky and outdated.

Unless you are a high roller, you shouldn’t have fuzzy dice in your window. Since real high rollers are driven everywhere by chauffeurs who are paid for by casinos, these dice officially have no place in society. 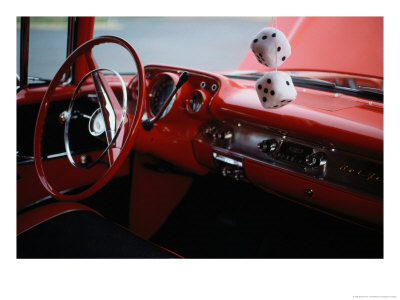 These dice are not only tacky, they are also universally badly made. Stickers don’t stick to fur. For any reason. Ever. Which means that by the time you get these mirror accessories out of the package, you’ve already lost half of the identifying characteristic that makes them dice.

After a year in a car, you are basically displaying fuzzy ice cubes. The dice are not, and never have been, cool. They should be blown up and forgotten like so many Vegas casinos before them.

It takes a special brand of nerd to replace something tacky with something even tackier. For those who are “too cool” for fuzzy dice, fuzzy Game Boys are all the rage. 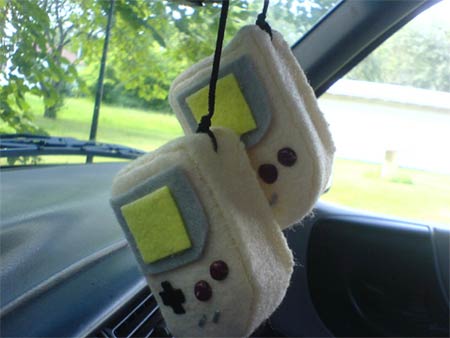 While we must admit we have a soft spot in our hearts for Game Boy, that spot is buried deep within our chest cavity, not on our rear view mirrors. The easiest way to tell the world that you prefer a quiet evening in the basement to a social encounter with the opposite sex, these should be never be displayed by anyone.

Is it too soon for a Michael Jackson air freshener? The answer is no. It is in fact far too late. MJ is dead. This air freshener being placed on this list has surprisingly little to do with that fact. What makes this air freshener tacky is the fact that it is a tribute to an 80’s superstar, some 30 years after his height of stardom. 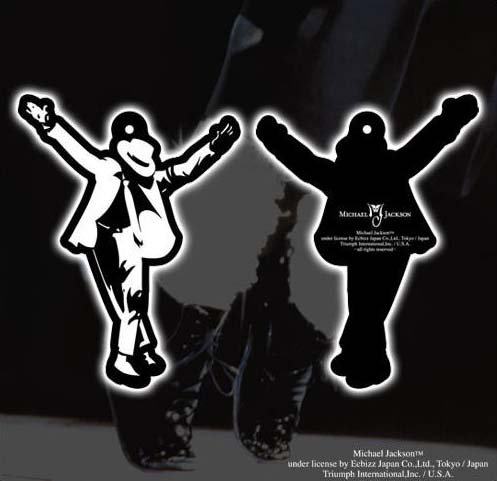 The person who hangs these around his rear view mirror is personally ruining his chances of ever seeing a real-life pair. Clearly meant to inspire confidence in those who have none, these oddly proportioned pieces of the female anatomy boldly declare to the world “I like women, though I’ve never successfully spoken to one!”

Anyone who hangs these in their car has never had a woman inside of it, which is why they are tacky and counterproductive.

Nothing beats the smell of a new car, unless it’s the smell of assorted pig anuses wrapped in pancakes. Why anyone would voluntarily want their car to smell like corn dogs is beyond us. 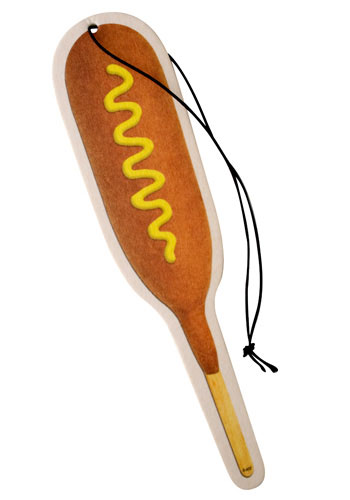 The corn dog air freshener itself is enough of an eyesore to deem this hanger as completely tacky, but the fact that it actually smells like the candied meat on a stick just clinches it. This air stink-ener is reserved for carnies, grandparents, and people who have no sense of smell.

There’s no denying that bacon is delicious. However, turning the inside of your car into the butcher section of the grocery store is not appealing. 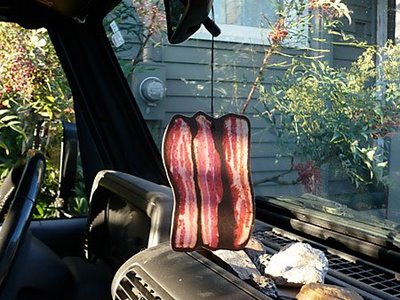 Bacon has become the new “it” food. It has been included in everything from brownies to ice cream. Despite the fact that culinary America seems to have a death wish, there is no reason to display it in their automobiles. Bacon belongs in the freezer, on a burger, and possibly as a key ingredient in cake batter. It does NOT belong in a car.

Superfluous decorations inside automobiles are rarely a good idea. Although they can be charming in a car that is already falling apart, it is a good rule of thumb to keep newer cars clean, serviced, and free from dangling window crap.