For most people, their car is one of their most prized possessions. Not only do cars have a monetary value, many of them also have a sentimental value. Among the many memories drivers have with their cars are road trips, first kisses (presumably with another person and not with the actual car), and miraculously avoided near-accidents.

No matter how good of a driver someone is, the unfortunate truth is that a car break down or car accident can occur. One common cause of these accidents, along with speeding, talking or texting on a cell phone, and poor weather conditions, is tire issues. 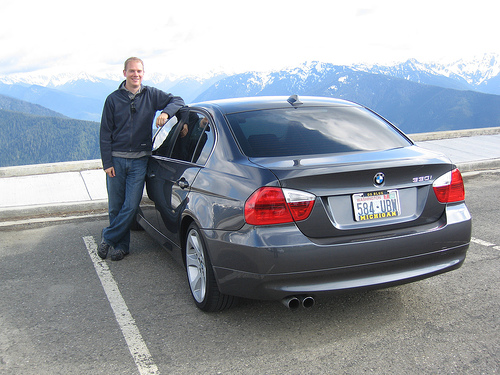 Like any car crash, when a tire blows out or malfunctions because of wear and tear the damage is often severe. You can usually avoid these accidents with proper tire maintenance.

Over the course of America’s automobile history, there have been several major recalls due to issues with a particular set or sets of tires. The tire manufacturers with the greatest number of recalls are:

Here’s a list of some of the most notable tire recalls seen in the United States.

A series of accidents that injured hundreds and took the lives of more than 40 people triggered the recall. An investigation indicated that the cause was a design issue with the tires, namely a problem with a rubber adhesion compound. The investigation showed that the design issue became worse at high speeds and led to a serious problem known as tread separation – the likely cause of many of the accidents.

It took nearly 22 years before the United States would see the second largest tire recall in its history. On August 9, 2000 Bridgestone/Firestone officially recalled 6.5 million tires under increasing concerns and demands from several notable groups.

Similar to the 1978 recall, one of the major triggers of this move was the claim malfunctioning tires, which were the Radial ATX and ATX II tires and the Wilderness AT tires, caused the deaths of at least 271 individuals and caused various injuries to hundreds more. Once again high-speed tread separation was the likely culprit of the malfunctions, damages, and deaths.

Tread separation reared its ugly head once more when government officials demanded that the Union, NJ company known as Foreign Tire Sales recall 450,000 radial tires that it obtained from a Chinese manufacturer. Supposedly the tires were missing a feature that helps ensure that the tire belts are properly joined to one another. At least two people were killed due to this malfunction.

Whether you know it or not, tire recalls are an ongoing issue in the United States. In February, 2010 Cooper Tire & Rubber Co. issued a recall for around 8,000 tires after it discovered that the tire treads began to crack at high velocities.

Even more recently, in March of 2011 Continental Tires recalled almost 400,000 tires because of a vibration issue that could result in tread separation.

It might seem somewhat obvious at this point, but tire issues are a major source of concern for drivers and manufacturers alike. That makes it important for drivers to know what causes tire wear and tear and how to identify these causes. First, This Tread Thing:  First off, the tread of tire is referring to the outer layer of the rubber wheel. Each tire on your car was given a certain tread life by its manufacturer, indicating the number of miles that you can drive before the tread is naturally worn away and needs replacement.

Common Issues: Two of the most frequent causes of tire wear and tear are:

Misalignment: Similar to over- or under- inflated tires, misaligned tires can also cause a good deal of damage to a tire’s tread. However, instead of seeing wear on either the inner or outer treads, the tread damage occurs on one side of the tire.

Remedies for Tire Wear and Tear

Proper tire maintenance is a vital safety measure for any driver. Keep a close eye on your tires’ health, and your car may be well on its way to a 150,000 mile life.